This Summer Pafos (Paphos) will attract thousands of opera lovers from all over Europe for the 16th annual opera performed in the spectacular setting of Pafos harbour for the Pafos Aphrodite Festival. The festival offers the chance to enjoy a much loved opera performed by an international opera company in the town’s harbour with its famous medieval castle as the backdrop.

For the second consecutive year, the dynamic Opera Futura from Milan will be co-producing the opera, following the huge success of their performance of Donizetti’s L’Elisir d’Amore in 2013. The chosen opera for 2014 is the popular witty opera Cosi Fan Tutte (So Do All Women), written by Wolfgang Amadeus Mozart (1756-1791) and the performance will include the participation of the Cyprus Symphony Orchestra. 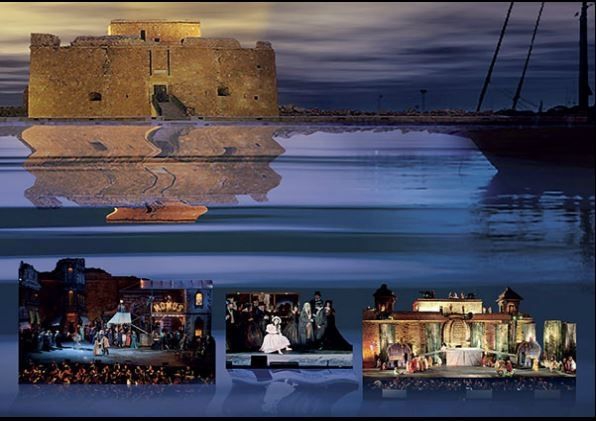 Cosi Fan Tutte – or to give it its full title - Ossia La Scuola Degli Amanti meaning The School for Lovers – is an ‘opera buffa’ (comic opera) written in two acts with the libretto written by Lorenzo Da Ponte. The opera is Mozart’s most controversial work and was first performed in the Burgtheater in Vienna on 26 January 1790 but was only performed four times that year before the death of Emperor Joseph plunged the whole country into mourning. Certainly the first performances of the opera had caused a wave of excitement and curiosity as its storyline was considered rather bold for its time but had the opera had proved very unpopular with Mozart’s contemporaries. The opera was not performed again until after the composer’s death in 1791.  For many, many more years the opera remained relatively unknown as it was considered too risqué to perform but after the Second World War it became increasingly popular and today ranks the 14th most performed opera in the world!

The plot continues to enchant audiences today as it grapples with the timeless topics of love and unfaithfulness, reason and emotion. The opera is a cleverly written comedy which has been entwined deception. The music is rich and deep and characteristic of Mozart’s style. 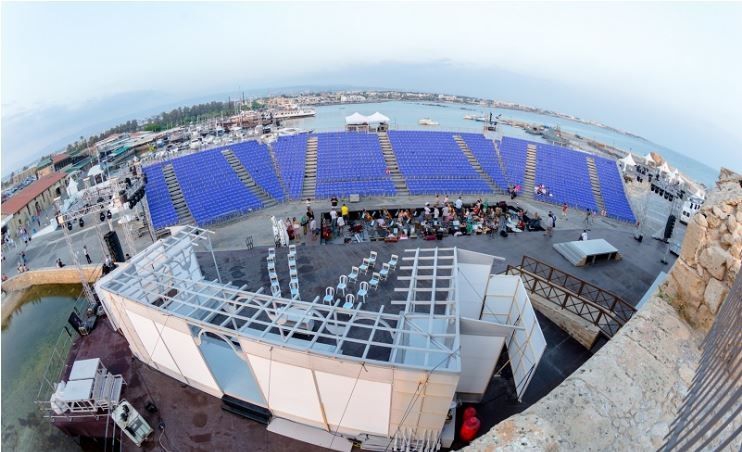 Set in late 18th century in Verona, the first act of Cosi Fan Tutte opens with two young officers, Guglielmo and Ferrando, sitting in a cafe, discussing how faithful their fiancées are. Don Alfonso, the local philosopher is sceptical and regarding the faithfulness of women generally and claims that they are all fickle. He sets a wager with the soldiers claiming that their sweethearts, Fiordiligi and Dorabella, will be unfaithful within 24 hours.

The men prepare to go to war and their ladies see them off on their ship. They are at home resting in their bedroom, lamenting the departure of their loved ones when their maid, Despina (who is in on the plot) arrives to tell them they have visitors. The ‘visitors’ are actually their fiancés havily disguised as Albanians and each one has the challenge to woo the other’s fiancée as they declare that love has led them to the ladies’ house.

In the beginning of the second act, the sisters agree that a mild flirtation will not do any harm.  However they both fall for their ‘new’ men and their heavily disguised maid, Despina, arrives as the notary to perform a double wedding. Military music announces the return of the young officers and to the amusement of the audience the Albanians hastily leave as in reality they have to get quickly change back into their military uniforms! The men both discover that their fiancés have been unfaithful but luckily are forgiving and of course Alfonso is delighted as he has won the wager – so it all ends happily! 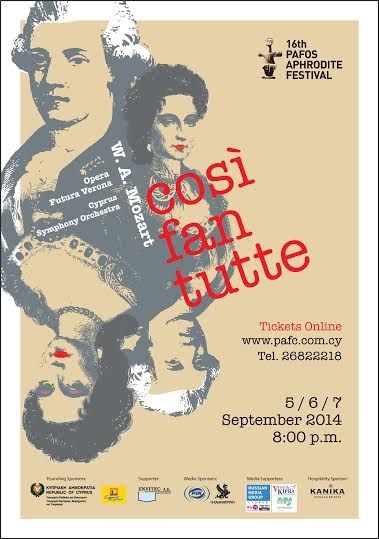 ·       As in previous years, there will be display screens at the side of the screen with the script in both Greek and English.