The church has one of the finest pieces of Byzantine art of the Justinian period, a rare 6th century mosaic of the Virgin and Child between two archangels.

The church of Panagia tis Aggeloktistis is situated in the northwestern end of the village of Kiti, 12 kilometres from Larnaka.

This 11th century Byzantine church, whose name means 'built by angels', was erected over the ruins of an Early Christian basilica. The original apse survived together with one of the finest pieces of Byzantine art of the Justinian period, a rare 6th century mosaic of the Virgin and Child between two archangels. Only in Cyprus and in Mount Sinai have mosaics of this period survived the iconoclastic decrees ordering the destruction of most icons and objects of idolatry. Similar mosaics were those from the Church of Kanakaria, now on display in the Byzantine Museum in Lefkosia (Nicosia).

The architectural plan of the church belongs to the type of the domed, cross-in-square structure. Its current form is a result of later additions and alterations. In the 12th century, a barrel-vaulted parekklesi (chapel) was built to the north of the temple, dedicated to the healer saints Anargiroi, Kosmas and Damianos. 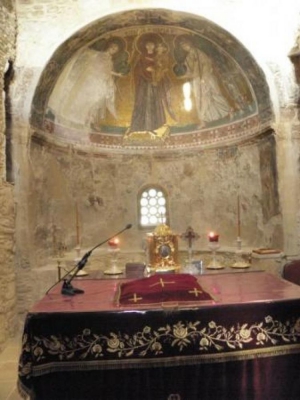 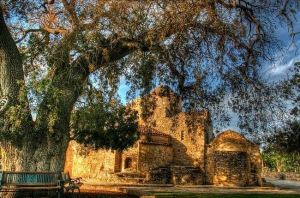 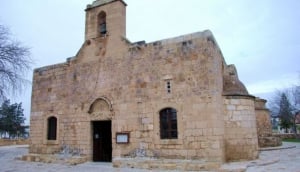 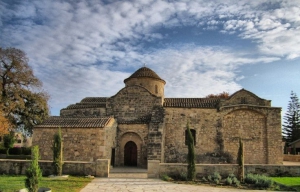 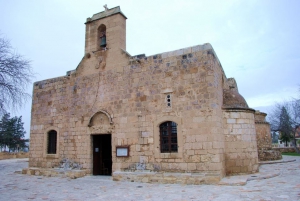 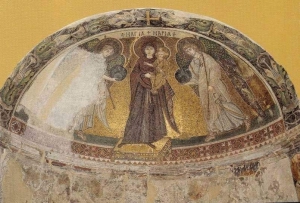 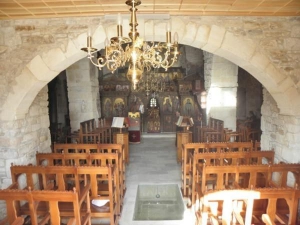