For a panoramic view, climb to the roof of the miniature Turkish castle which guards the harbour.

Pafos Archaeological Park is a UNESCO World Heritage Site from 1980 and it is probably the most inspiring and exciting site on the island.

According to written sources, the town was founded at the end of the 4th century by Nicocles, the last king of Palaipafos. In the beginning of the 3rd century B.C. when Cyprus became part of the Ptolemaic kingdom, Nea Pafos became the center of Ptolemaic administration on the island. When in 58 B.C. Cyprus was annexed by Rome, Nea Pafos continued to be the capital of Cyprus. Only after the disastrous earthquakes of the 4th century A.D. was the capital transferred to Salamis, which was then renamed Constantia.

The most important monuments at the site are:

Asklipieion, the Roman Odeon, the Agora, the 'Saranta Kolones' (Forty Columns) Fortress, the Basilica of Chrysopolitissa, Hellenistic Theatre and Paphos Roman mosaics which can be founded at House of Aion, at Villa of Theseus, at House of Orpheus and at House of Dioysus.

The Asklipion was sacred to Asklipios, god of medicine. Its priests were renowned for their healings skills, and it was a hospital as well as a temple of worship.

It is a small 2nd century Odeon built entirely of well-hewn limestone blocks. Today it is used in the summer for musical and theatrical performances.

Agora dates from the middle of the 2nd century A.D. It formed a square court measuring 95 x 95m, with colonnaded porticos.

This Byzantine castle is located just north of the harbour of Pafos (Paphos). It takes its name from the large number of granite columns that were found on the site and probably once formed part of the ancient agora.

The Basilica of Chrysopolitissa: It is one of the largest basilicas built on the island in the second half of the 4th century A.D.

It is a semi-circular theatre with seven rows of stone benches, cut into the rock of the hillside.

The mosaic floors of these Roman villas dating from the 3rd to the 5th centuries A.D. are considered among the finest in the eastern Mediterranean. Depicting mainly scenes from Greek mythology they were discovered accidentally in 1962 by a farmer ploughing his field. The mosaics at the House of Dionysus depict the god of wine, while the House of Thyseus is named after a mosaic showing the ancient Greek hero brandishing a club against the Minotaur. Many other superb panels can be seen in other houses such as in the House of Aion and the House of Orpheus.

Partly accessible to wheelchairs following the directions given by the site´s staff. 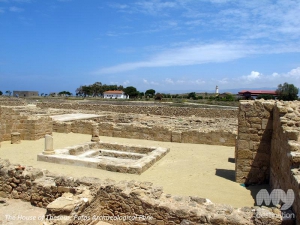 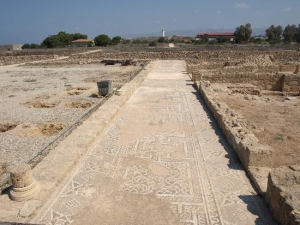 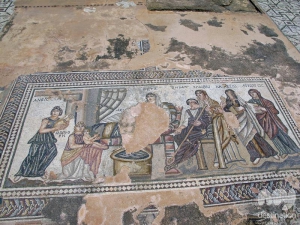 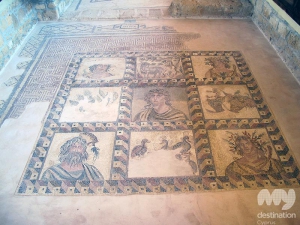 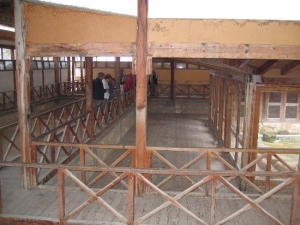 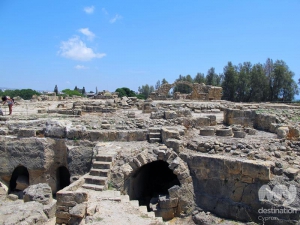 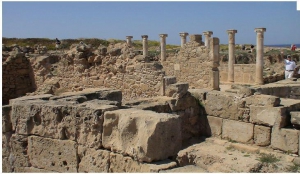 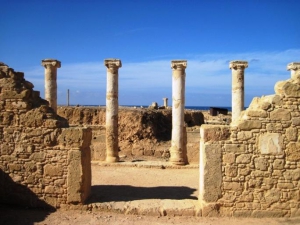 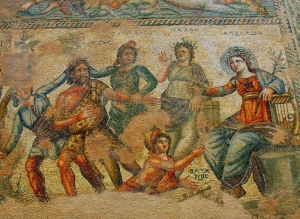 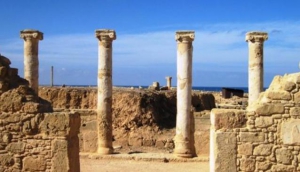 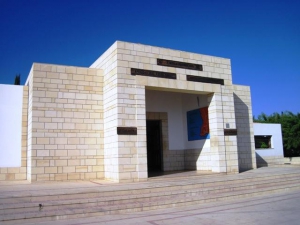 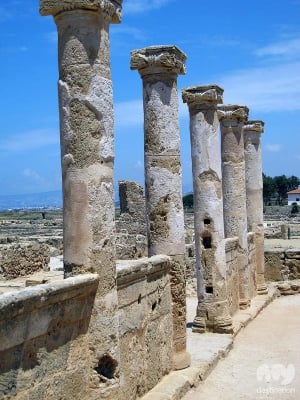 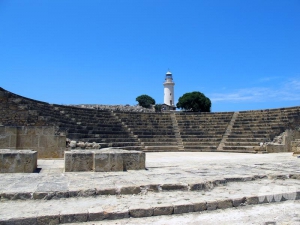 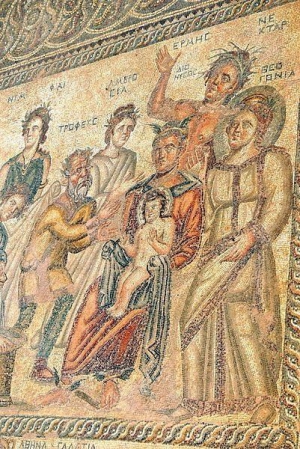 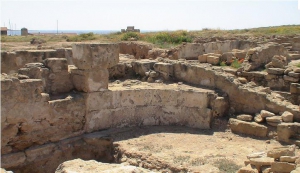 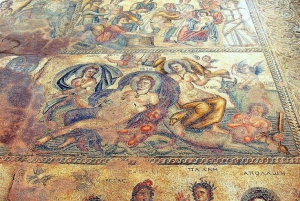 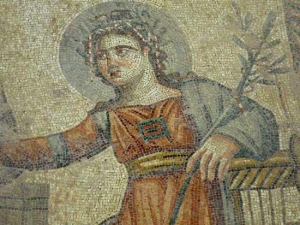 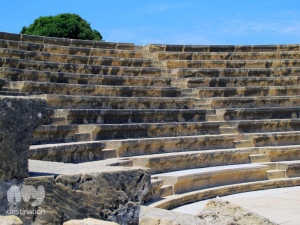 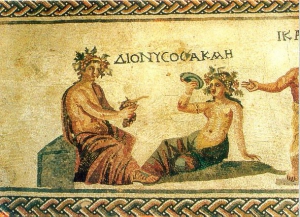 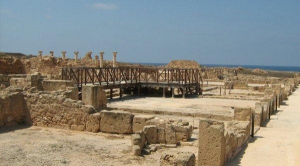 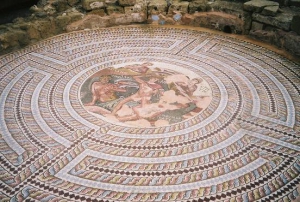