Try the coin test from the chorus and you will be amazed! Have a friend sit at the very top of the aphitheatre and another one drop a coin at the stage area. The acoustics at the Kourion are so remarkable you will hear the sound of the coin falling!

Kourion Archaeological site is a spectacular archaeological site, of great significance, where excavations still bring new treasures to light. It is a must see for everyone on the island and the remains of the ancient city of Kourion are perhaps the best known and most photographed in Cyprus.

Kourion was an important city-kingdom. The site comprises many monuments, many of which date from the Roman period. These include: the Theatre, the forum, the Nymphaeum, the Public Baths, the Fountain House, the House of the Gladiators and the House of Achilles.

The Greek Roman theatre is remarkable with unique acoustic qualities and beautiful views and is possibly the most impressive site for the visitor, while the majestic villas discovered there with their exceptional mosaic floors and early Christian basilica are also noteworthy among other riches.

The theatre was constructed at the end of the 2nd century BC, but took its current dimensions during the 2nd century AD. Consisting of a semicircular orchestra that is surrounded by seats of the cavea (subterranean cells), it was enclosed to the south by the building of the scaenae frons (façade) that must have reached the height of the cavea, though today only the foundations remain.

On either side of the stage were two vaulted parodoi (corridors) from where the audience entered the theatre. The theatre could seat up to 3,500 spectators.

The theatre is now fully restored and is used for musical and theatrical performances.

Address: Kourion, 19km west of Lemesos on the road towards Pafos (Paphos)

Opening and closing times as well as entrance fees, are subject to alterations without notice.

Visitors are advised to check before visiting. 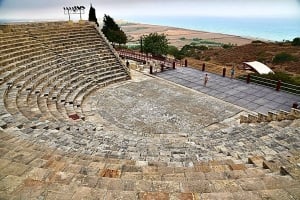 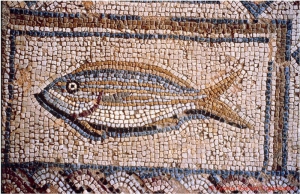 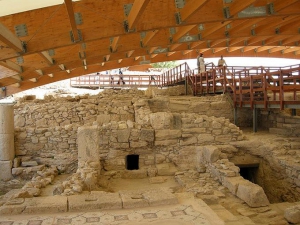 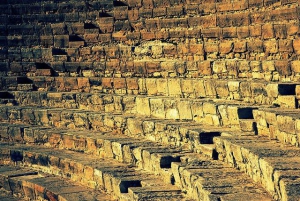 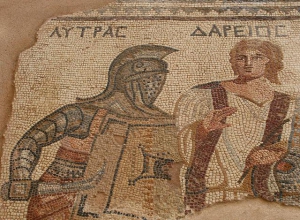 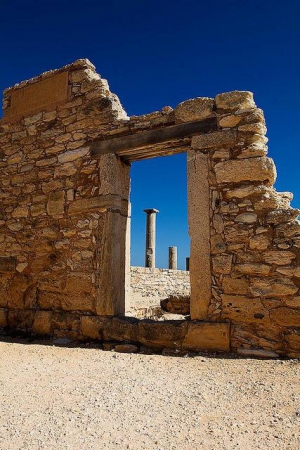 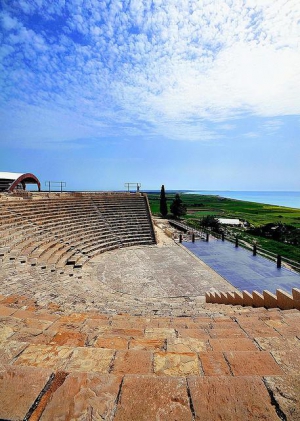 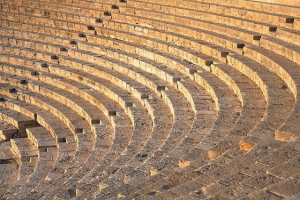 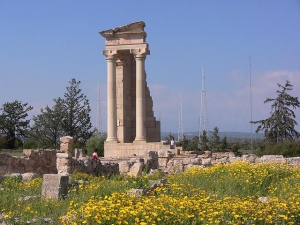 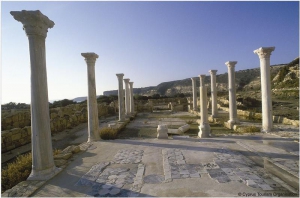