One of the oldest continuously inhabited settlements in the world, Larnaca is a place where past and present blend magically into a delightful mosaic of sun, culture, sea and sand. With the beautiful Mediterranean Sea surrounding its coast, Larnaca is an ideal diving destination for both beginners and experienced scuba divers. The sea is calm and safe with no strong currents, the weather is mild with sunshine throughout the year, the water temperature is high and the waters are clean and clear with excellent visibility.

Larnaca is the hometown to many other unusual and surprising treasures for undersea seekers, such as the wrecks of HMS Cricket, a British helicopter, the enigmatic âOctopus Reefâ and the âSheep Dipâ. But it is the magnificent Zenobia wreck that is the star attraction, which is without question one of the top attractions in Cyprus.

The Swedish ferry, Zenobia, sank on her maiden voyage to Cyprus in June 1980, fully loaded with 104 trailers and trucks, just 1.5 km from the coast. It sunk due to a malfunctioning of the high tech computerised pump system, fortunately with no casualties. It is nearly 200 metres long and remains completely intact.  The top of Zenobia is just 16 meters under the water surface and all the trucks can be seen either in the wreck or lying on the seabed close by. The silhouette of the wreck can be seen even from the surface. The water visibility is up to 50m, with the temperature ranging from 16Â° C in the winter to 27Â° C during the summer.

The wreck, which was initially thought to be a threat for pollution, has in fact converted itself into an astonishing artificial reef where local biodiversity grows as a spectacle of natureâs adaptation for years to come. 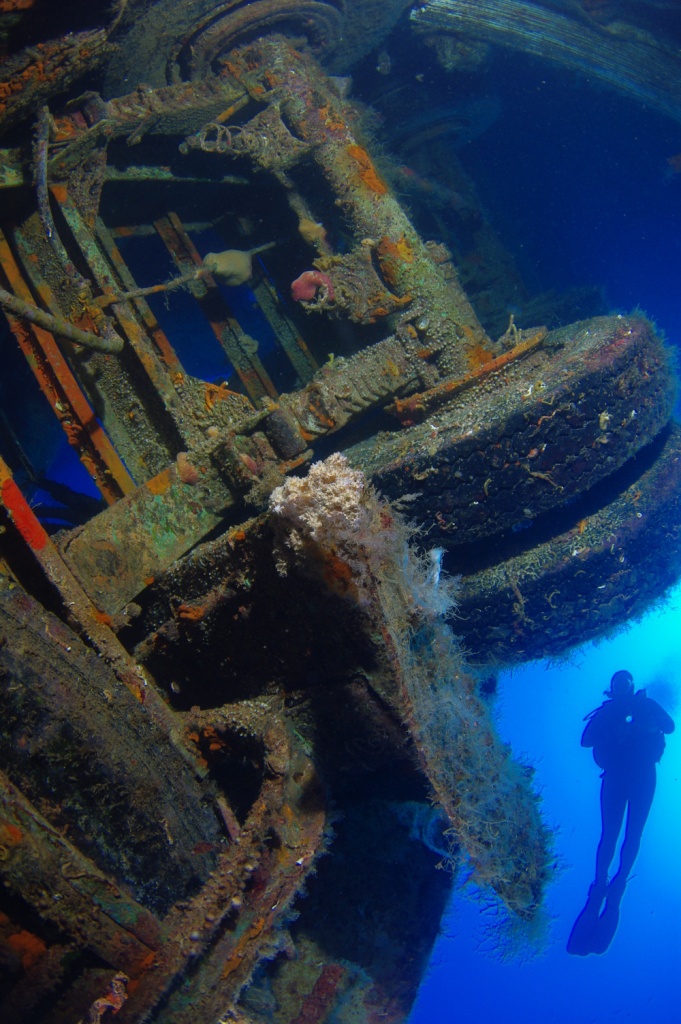