Cherries and Culture in Kalopanayiotis Village

The Troodos Mountains are fun to discover all year round.

The Troodos mountains are fun to discover all year through. In the winter, they are transformed by a thick dusting of snow and even boast a short skiing season whilst in the summer, the cool clear mountain air and lower temperatures contrast sharply with the coastal resorts.

The Marathas Valley has been carved over the centuries by the Setrachos, a small perennial river which rises high in the mountains and today is used for irrigation of the fruit for which the area is well known. Whilst many different fruits grow successfully in the Marathasa Valley, the area is best known for its shiny dark red cherries and crisp apples. 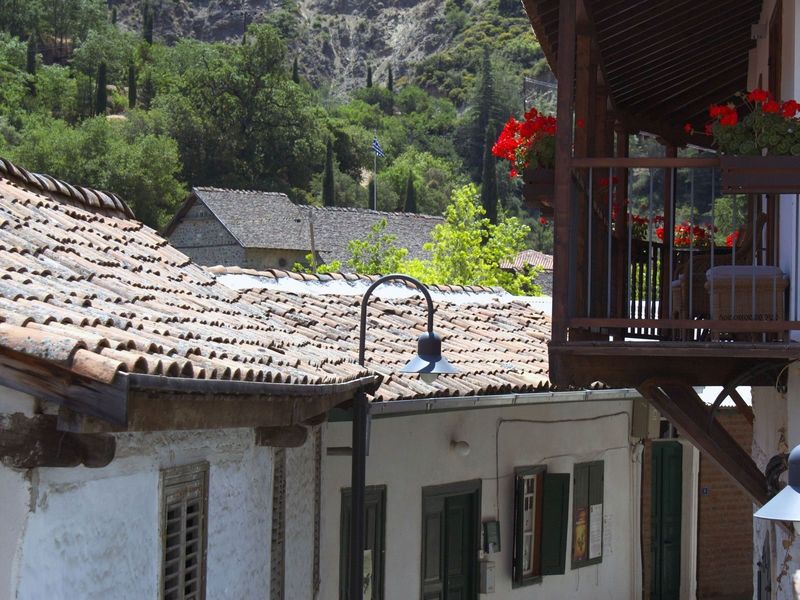 The village of Kalopanayiotis stands at an altitude of 700 metres and the drive down from the summit of Mt Olympus to it is fun as it passes through the other mountain villages of  Prodromos, Pedhoulas and Moutoulla which are all in the same valley.

It is said that when Saint Paul and Saint Barnavas visited the island in AD45 that they baptised their guide Agios Herakleidios in the village. He later became the first bishop of Cyprus and there is a stone commemorating the spot. Some years later, sulphur springs were discovered in the vicinity and many - to this day - believe the place to be holy as its waters which are credited with special healing powers. A stroll along the river bank near the small Venetian bridge is the perfect way to discover that it is not only the sulphureous waters that are therapeutic but the cool clear mountain air and the rhythmic trickle of the water. The beautiful large monastery of Agios Ioannis Lampadistou stands across the valley and contains one of the ten painted churches of the Byzantine period that are found in the Troodos that are on the UNESCO World Heritage list.

The monastery was founded there because of the sulphur springs and is dedicated to John Lampadistis who was a young monk who died very young and was buried at that spot. One day a man with epilepsy happened to touch the monkâs grave and was miraculously cured. The news spread quickly and the tomb has been credited with special healing powers and visited by many. The church is actually three churches in one. The 11th century cruciform church is dedicated to Agios Herakleidios, whilst the centre church (which is partially 12th century but mostly 17th century) is in honour of John Lampadistis whose tomb stands under an archway with a reliquary containing the young manâs skull in front. 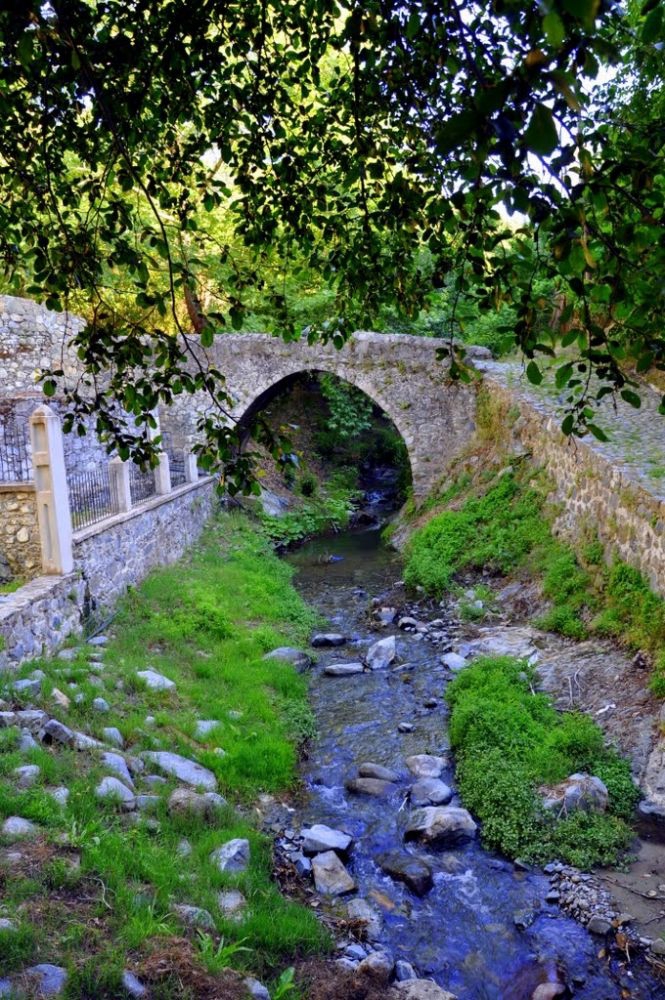 The narrow cobbled streets are great to wander in as they reveal a variety of architectural style and ten different churches and chapels. Most houses have two floors with balconies that lean over the road and their steeply pitched roofs remind visitors that the village lies above the winter snowline. The village has long been popular as a spa village and has several small hotels - the most popular being Casale Panayiotis  where comfort is cleverly combined with tradition. There is an ongoing restoration project to preserve the village's lovely rural character. Every year, the Cypriot Chamber of Fine Art (EKATE) organises a Plein Air with local and foreign artists in the village and the Agios Ioannis Lampadistis Cultural Centre holds an annual photographic competition attracting entries from dozens of local photographers. 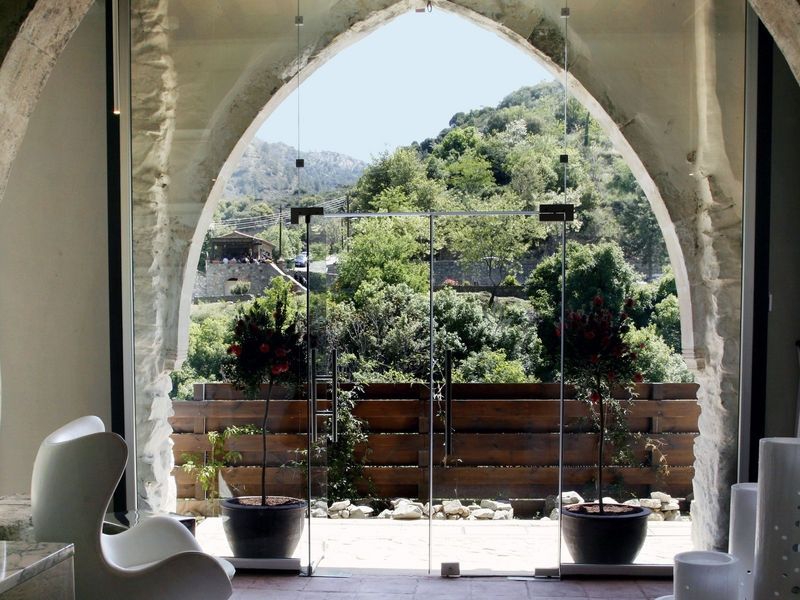 To enjoy the area at its best, park the car, don your walking shoes and enjoy the two hour circular nature trail called âAriadneâ at nearby Yerakies. If you need any local information then visit one of the coffee shops where you will probably find a handful of men discussing the current politics or playing tavli (backgammon). Although the coffee shops are strictly for men if you are visitors and there is a lady amongst you then there is no problem and it is a great opportunity to relax over a cup of Cyprus coffee. Locals are always very welcoming and hospitable and keen to try and communicate to hear all your news!  The Kalopanayiotis reservoir is one of the largest in Cyprus and includes a trout hatchery which was established there in 1969 as an experiment and today is popular with local fishermen.

Soujouko is a delicious Cyprus speciality and on the outskirts of the village, there is a small family-run workshop where you can take a glimpse of staff dipping strings of threaded almonds and walnuts into warm and thickened grape juice and repeating the process several times after each layer of juice has dried. As well as soujouko, there are tubs of palouze (thickened grape juice jelly sprinkled with slivers of almonds) and kiofteria â thick chewy grape juice that has set firm and been cut into strips and certainly a bag of soujouko or kiofteria makes the perfect souvenir but be warned it can prove irresistible for a car journey home! 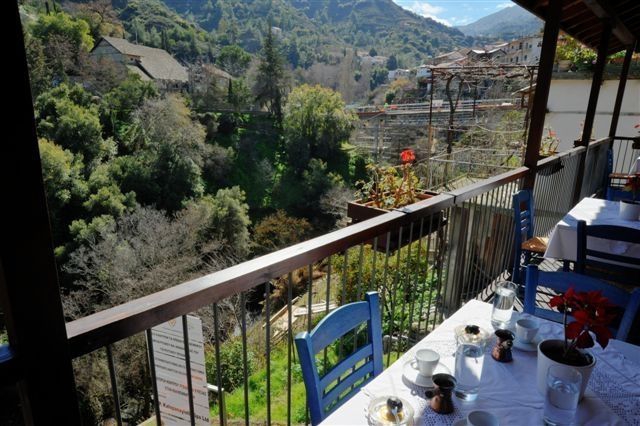