It is worth just the drive to the top and to wander around the square. The views from the top are breathtaking in all directions and Larnaka town and coastline is visible in the distance.

Stavrovouni is situated on a rocky peak 750m above sea level.

This was originally established in 4th century by Saint Helena, mother of the first Christian Emperor Constantine the Great, on her return from Jerusalem when she stopped in the island and came here. Parts of fragment from the Holy Cross that she carried with her were left here. The piece is still in the monastery, covered by a silver casing. Its name in Greek means: Mountain of the Cross'.

The original buildings were destroyed by Arab and Turkish raiders and those visible today date mainly from the 17th century when it was re-build by Orthodox monks.

Entrance to manastic area only to men, if properly dressed. Women are not allowed inside. There is however a lovely little church just next to it that women can visit. The monks at Stavrovouni are known for their iconography skills. 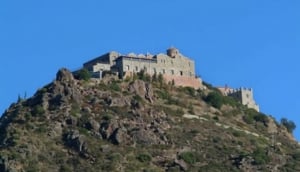 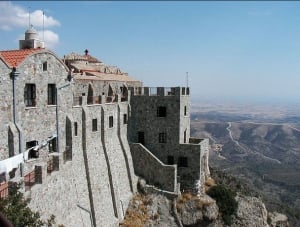 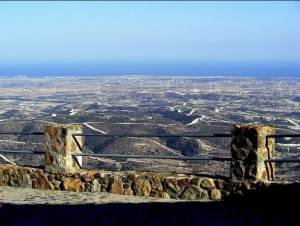 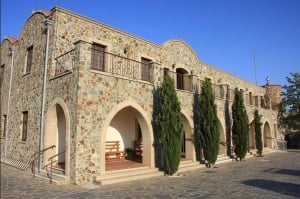 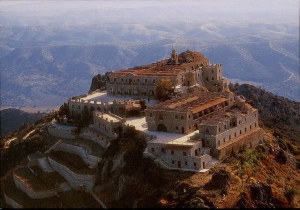