According to tradition, was founded by Saint Helen in the 4th century. In fact, Saint Helen left a part of the Holy Cross in the Monastery.

The Monastery of Agios Nicolaos ton Gaton (of cats) is located east of Akrotiri and the Salt Lake of Lemesos. It is probably the most ancient monastery in Cyprus, which, according to tradition, was founded by Saint Helen in the 4th century. In fact, Saint Helen left a part of the Holy Cross in the Monastery.

According to the legent, when Saint Helen, mother of Great Constantine, founded the Monastery, the peninsula of Akrotiri suffered from poisonous snakes which multiplied due to an extensive period of drought. So, Saint Helen, who had found the Holy Cross and was coming back from Jerusalem, brought cats to exterminate the snakes, as well as workers to build the Monastery.

The church of the Monastery is a 14th century building. It is a single-aisled arched-roofed church. Particularly impressive is the central entrance of the church which manages to captivate visitors with its embossed figures of Apostles Peter and Paul. 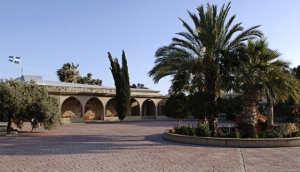 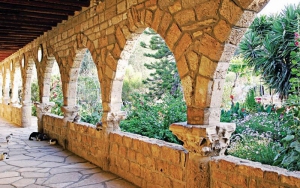 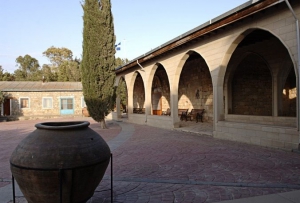 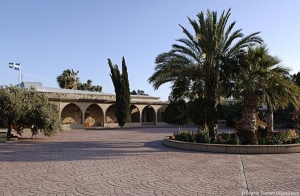 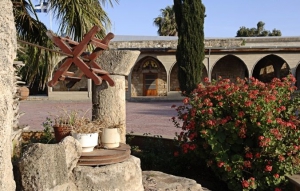