The ancient sycamore tree in front of the south gate is believed to be over 600 years old.

The charming medieval monastery dedicated to 'Our Lady of the Forests' stands in the centre of the village, next to the main square, surrounded by a high wall.

Its 16th century church which was built by the Venetians is partly underground and cut into the rock  that has beeen expanded with an outer facade and was used occasionally by either monks or nuns and restored to its present state in the 1970's. The hostel west of the church belongs to the World Council of Churches. The ancient sycamore tree in front of the south gate is believed to be over 600 years old.

The Octagonal fountain in the courtyard of the monastery has sculptural reliefs.

By the grace of the Virgin Mary, couples who are infertile and women who are experiencing difficulties during pregnancy, arrive at the monastery everyday to pray for help and request to gird the miraculous belt of the Saint of Agia Napa. 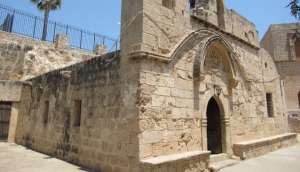 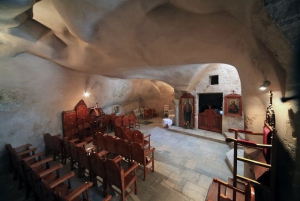 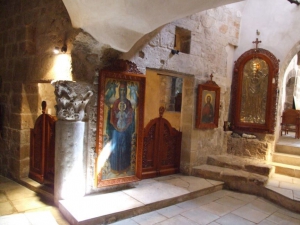 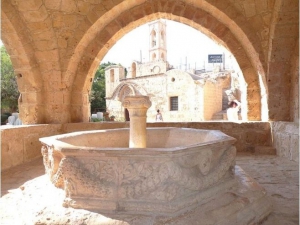 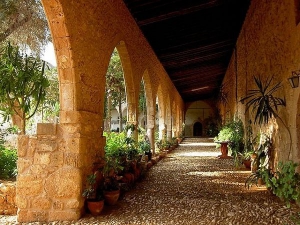 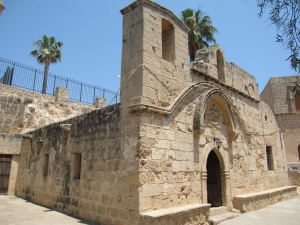 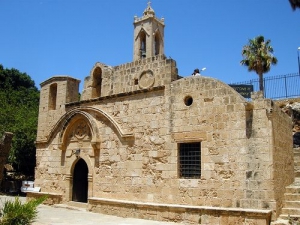