Many words spring to mind regarding Cyprusâ beaches, as the island of Aphrodite has a plethora of choices for every taste! Whether you need something rather cosmopolitan and enjoy being around well-shaped, sunkissed bodies and loud pop music or you prefer relaxation by the sun on a lonely quiet coast, Cyprus will not let you down. In this article we shall briefly refer to a beach from the latter type mentioned, the softer one! We will tell you all you need to know about the cute turtles called Caretta-Caretta, a protected kind which can be found on thewest side of the Akamas peninsula, on the magical coast of Lara.

These delightful creatures, the Caretta-Caretta turtles, were until recently suffering from the danger of extinction. Do you know the main reason for the dramatic reduction in the number of turtles (in Cyprus and the entire Mediterranean region) during the past decades? Turtle-soupâ¦ Yes, your eyes arenât fooling you: From the 1920s to the 1960s approximately 100,000 turtles were killed by humans, so they would become a delicious mealâ¦

The Authorities of Cyprus realised the urgent need for protection of this marine-turtle species and this is why they declared specific, so called protected, areas at the beaches of Polis Chysochous and the shores of Lara. The delineation of a secure area offered the petite quadrupeds a safe place for reproduction! Many turtles used to be caught up in fishermenâs nets or killed by accident. To make things even worse, these peculiar animals were left homeless as their homes â the striking, isolated beaches â were abruptly transformed into crowded tourist resorts. 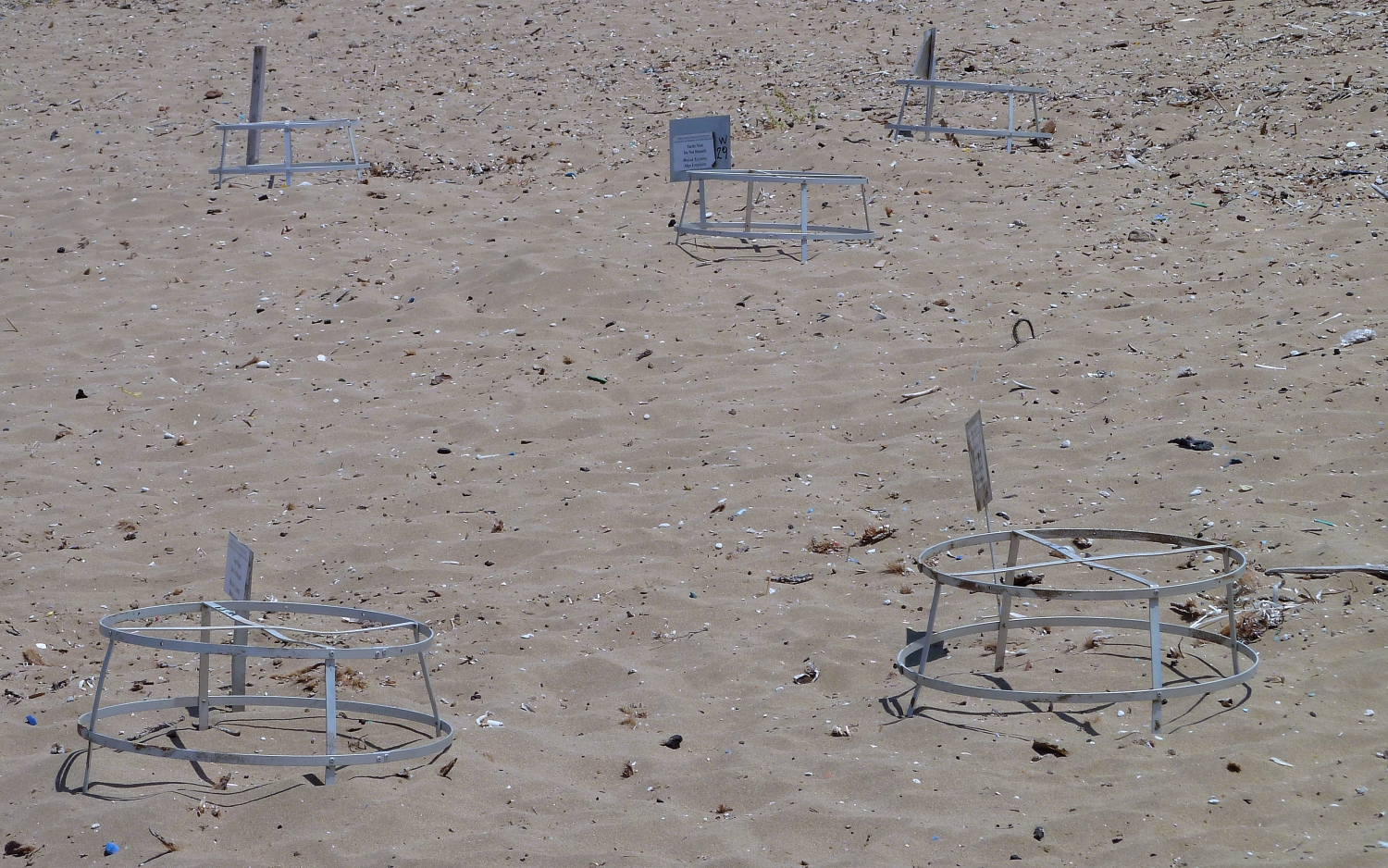 Perhaps you are already familiar with the fact that turtles give birth every 2 to 3 years? Specifically, the Caretta-Caretta turtles lay mostly in late May to early August (when the weather in Cyprus is at its warmest), nearly 80 eggs in each of their nests (40-50 cm in depth). Something else that you may not know, is that the turtles only have offspring after becoming 15 to 20 years old and can live up to 60 years!
Once having spawned their eggs, which have a very soft shell, the turtles cover the nest with sand, in order to ensure their eggsâ protection. Then they go back to sea. The baby turtles hatch out of the sand (at nighttime) about two months later. The moment of their hatching is very touching: it was of the most inspiring things to do in Cyprus and those who are fortunate enough to experience this marvel of nature do not ever forget it! 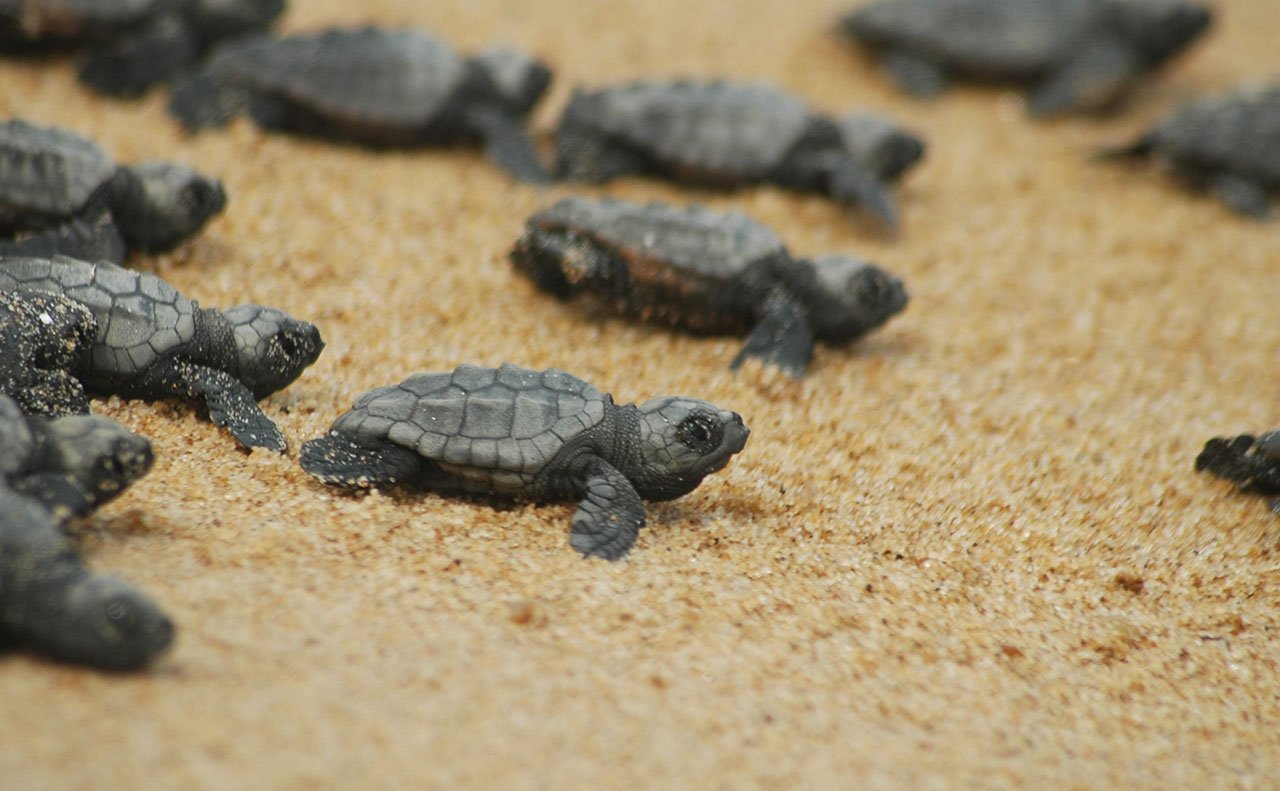 Another fact you may not be familiar with is that the baby turtles, while being incubated and hatched, ârecordâ the geomagnetic data of the area, so they can remember the exact location on the beach, to which they will return after having matured.

Then, the small turtles are dispersed through the waves and sea currents in the Mediterranean, and migrate when they grow up, especially during the reproduction seasons, but they always return to their birthplace. They have completed a circle and are ready to begin another one. Their diet includes various marine species, crabs, sea urchins, jellyfish, mollusks or sponges.

Caretta-Caretta turtles need serious and sincere protection, as they are a species threatened by extinction. On the Lara/Toxeftra coast and at the Gulf of Polis Chrysochous, specialized cages have been installed at the places where turtle-nesting takes place. At these station-hatcheries, about 10-15 turtle-nests are reburied in the sand. All the procedures regarding turtle reproduction are done with extreme caution and accurate calculations, because the sex of turtles is specified by the temperature of the sand in which the eggs are buried. Thatâs right! Female turtles are generated at temperatures of 30 Degrees, while male turtles at lower temperatures.

Unfortunately, a tremendously sad accident occurred almost three years ago in the area of Lara. In 2009, a group of pigs invaded the area, destroyed the turtle cages and destroyed the eggs buried there. Ecologists, locals and other people who are sensitive towards animal-protection were extremely sad and frustrated but also angry, because this accident could have been predicted and avoided. The utmost, urgent need for more strengthened safety measures was pointed out. Nowadays, the protection of the nests of Caretta-Caretta and the pride gained as the number of turtles born in Lara becomes greater makes everyone feel happier.

So, feel free to explore the protected area of Lara and to experience the grandeur of nature, which surrounds every living being hosted in her world!