It includes important finds from the Sanctuary of Aphrodite.

The first room's floor is covered by a roman mosaic, and it includes important finds from the sanctuary of Aphrodite. In front of the left wall stands the conical stone which served as the cult idol in the sanctuary. In front of the right-hand wall a terracotta bath is on display, a find which witnesses the settlement of the Mycenaeans Greeks on the island. In this room we can also see other finds dating from the 13th century B.C. to the Roman period.

In the cases of the second room important finds from the cemeteries of the area, principally from Vathyrkaka, Teratsoudia, Skales, Evreti and Marcello are on display. These find date from the 2nd millennium B.C. until Roman times and include stone tools, bronze objects, pottery, jewels, inscriptions and statues. Limestone Ionian and Corinthian capitals are arranged in equal distance between them in the middle of the room. The last section of the room is dedicated to Medieval and more recent times. Here we can see local glazed pottery next to imported pottery from Italy, as well as plain pottery which was used for the production of sugar. At the back of the room two large bronze cannons belonging to Venetian ships are on display. 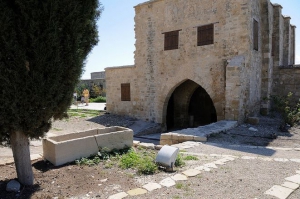 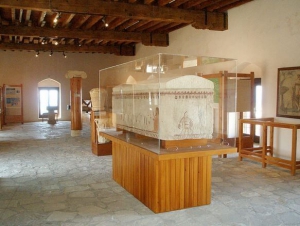 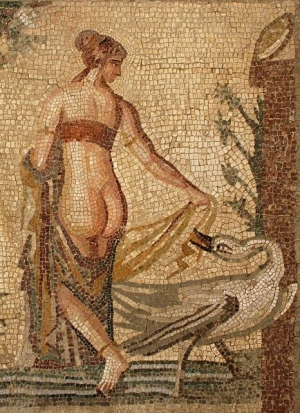 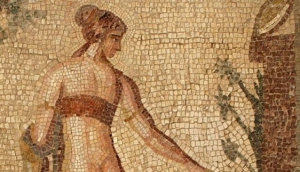 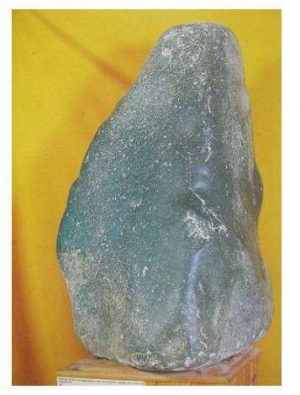 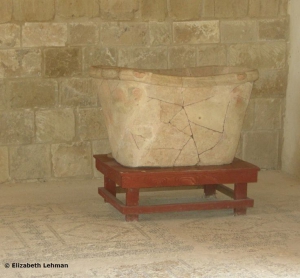