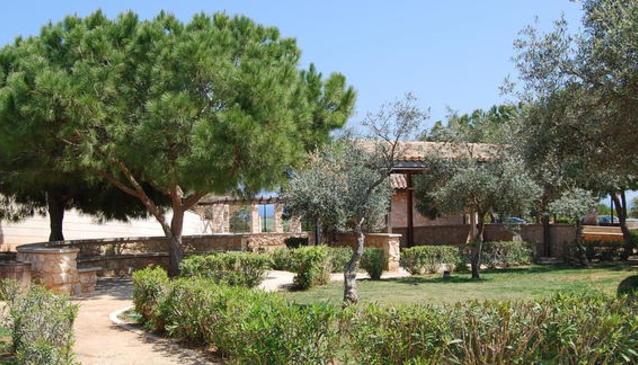 Deryneia Theme Park is located in Iroon Street, and includes a Children's Corner,a room with bird's exhibition, an amphitheater, and a War Memorial for the Heroic Murdered and Missing of 1974.

The park is right next to B' Elementary School in a stretch of land of about 1000 m², and was completed in May 2002. It hosts displays of traditional water pumping devices, such as a windmill, 'alakati', lever, and a traditional tab.

The amphitheatre is also in the same stretch of land, an ornament for the Town. It has an 800 seats capacity and in summer it houses all open air cultural activities.

The magnificent and imposing memorial of the Fallen, Murdered and Missing of the Turkish invasion in 1974, is located in the corner of Iroon and Pafou streets, next to the thematic park and amphitheatre of the town and faces the occupied city of Famagusta.

A beautiful park and a magnificent memorial to honour the young heroes who scarified their lives in the love for Cyprus and in the name of freedom. Freedom that was only given incomplete as the Ghost Town of Famagusta is still an unsolved political problem.