Over the past ten years, marathon running in Cyprus has steadily gathered momentum, with an increasing number of runners from abroad travelling to Cyprus to join more than 100 Cypriot runners who take part in the OPAP Limassol Marathon GSO.

This year, the 10th OPAP Limassol Marathon GSO is taking place on Sunday 10 April, with My Guide Cyprus as the media sponsors of this exciting event – the island’s largest sporting event with more than 10,000 runners. 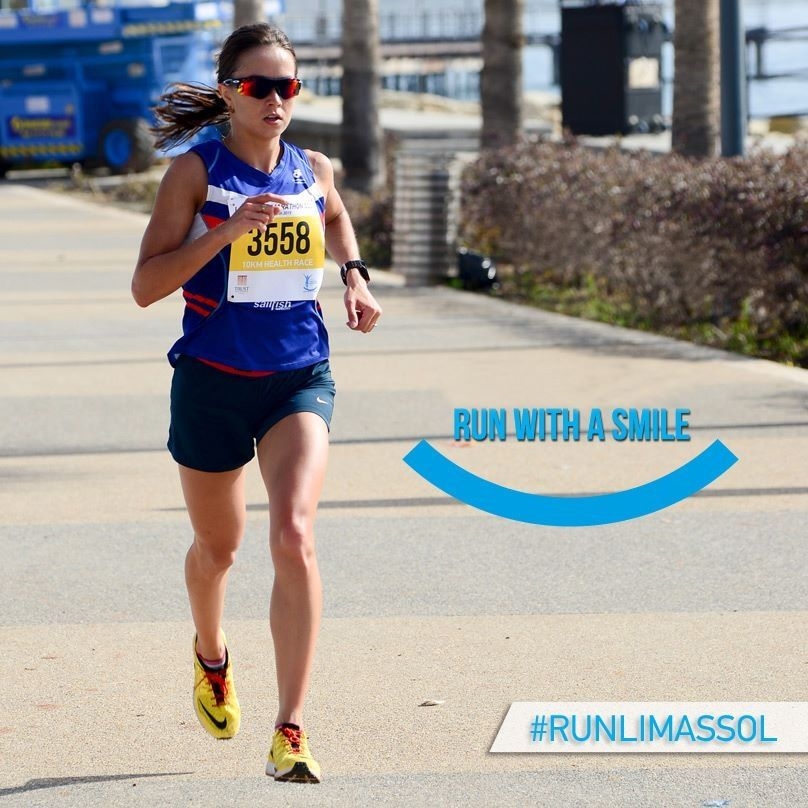 As well as attracting experienced Marathon runners, the Limassol event attracts many first time runners as the route is ideally suited to them. The route is essentially flat and is certainly one of the most beautiful in the world as it follows the city’s coastal road with beautiful views over the Mediterranean – not that many runners will have the opportunity to admire them! Runners love taking part in the Limassol event as there is a warm welcome and guaranteed sunshine – no wonder the event’s slogan is ‘Run with a Smile’! 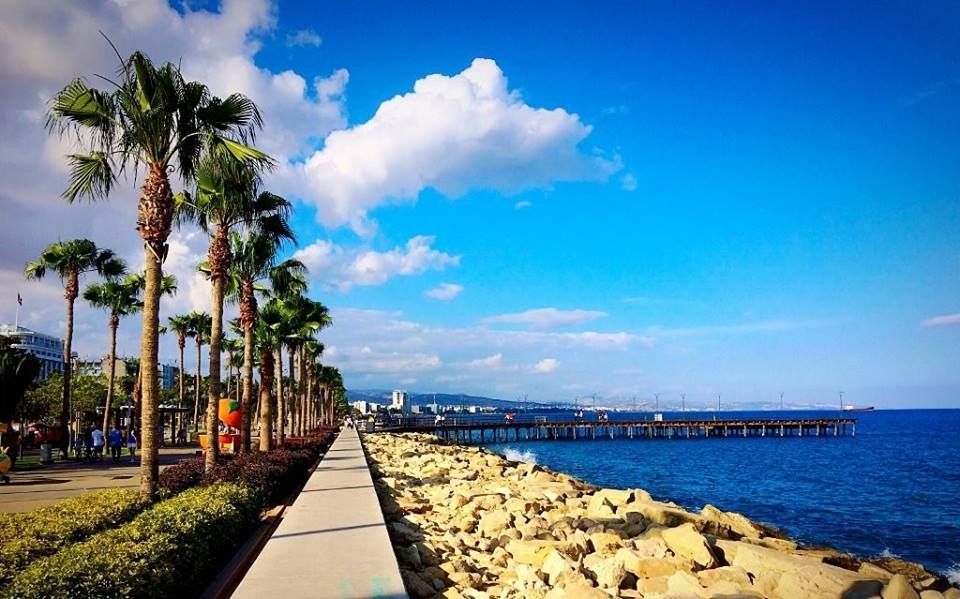 Many international runners travel to Cyprus for the OPAP LImassol Marathon as marathon running has its roots firmly in this part of the world!

There is a popular legend that tells how the Greek soldier, Pheidippides, ran all the way from the Battle of Marathon to Athens to deliver the important news that the Persians had been defeated. He arrived at the Senate and proclaimed nenikekamen – we are victorious – before collapsing and dying on the steps of the Senate. When the first Olympic Games were held in 1896 in Athens, marathon running was one of the events, but the distance run was set to 42.195 km (26 miles and 285 yards). The marathon is still a popular Olympic event and traditionally the men’s marathon is the final event of the Games. The finishing line is always in the Olympic stadium and the arrival of the first runners is incorporated in the start of the closing ceremony.

The starting line for the 2016 OPAP Limassol Marathon GSO will be on the sea front in the Molos area (not too far from Limassol Castle) and the runners will head westwards to the new port, where the route loops back and heads eastward along the coast road toward the historical site of Ancient Amathus. The route then loops back westwards to the finishing line on the sea front of Molos promenade. The runners will enjoy a mainly flat route, although it does climb gently to 18 metres at the 22nd  kilometer point at Ayios Tychonas. 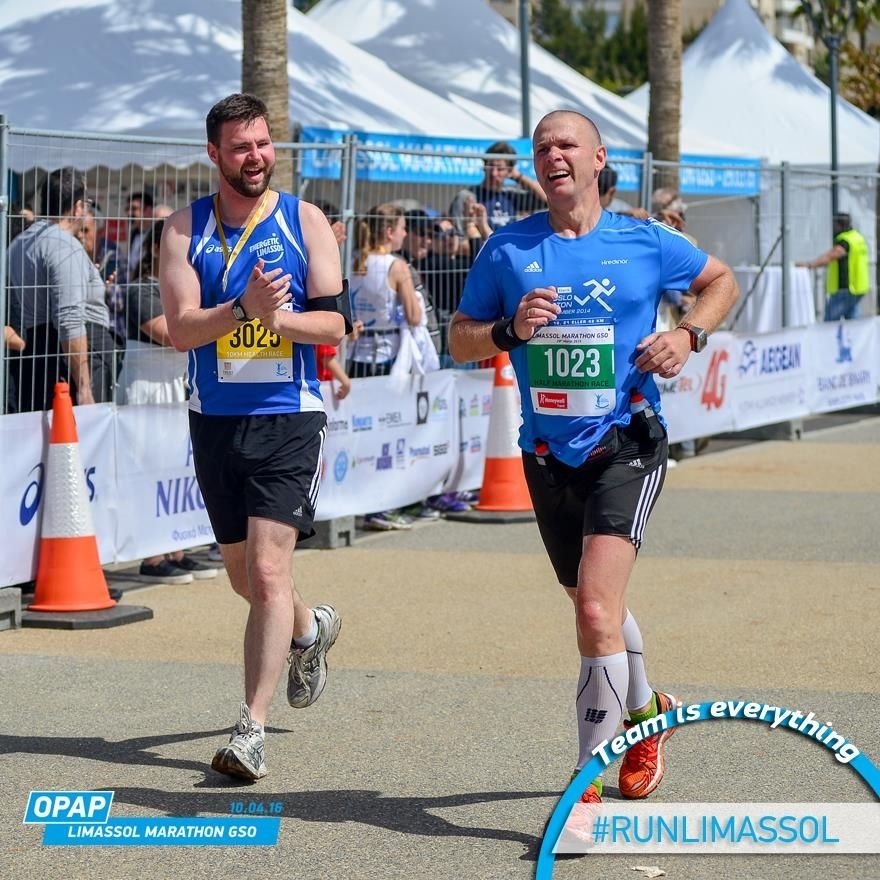 The Limassol Marathon is extremely well organised, with refreshment stations with mineral water located every 2.5 km and there are plenty of marshals and First Aid personnel along the route, just in case any of the runners gets into trouble.  All runners are expected to have finished in six hours and afterwards everyone enjoys warm Cypriot hospitality at the celebration party.

For the record, the fastest finishing time for a man was 2.02.57 set by Kenyan Dennis Kinetto in the Berlin Marathon (2014), with fellow Kenyan, Emmanuel Mutai finishing in 2.03.13 in the same race. The fastest time for a woman was 2.17.42, achieved by British runner, Paula Radcliffe, in the 2005 London Marathon.

As this year marks a special anniversary for the event, first 500 runners who registered for OPAP Limassol Marathon GSO will be presented with the limited edition 10th anniversary t-shirt with its distinctive silhouette of a runner with the azure waters of the Mediterranean behind and emblazoned with the slogan ‘Run with a smile’ – which is certainly an easy thing to do in Limassol! 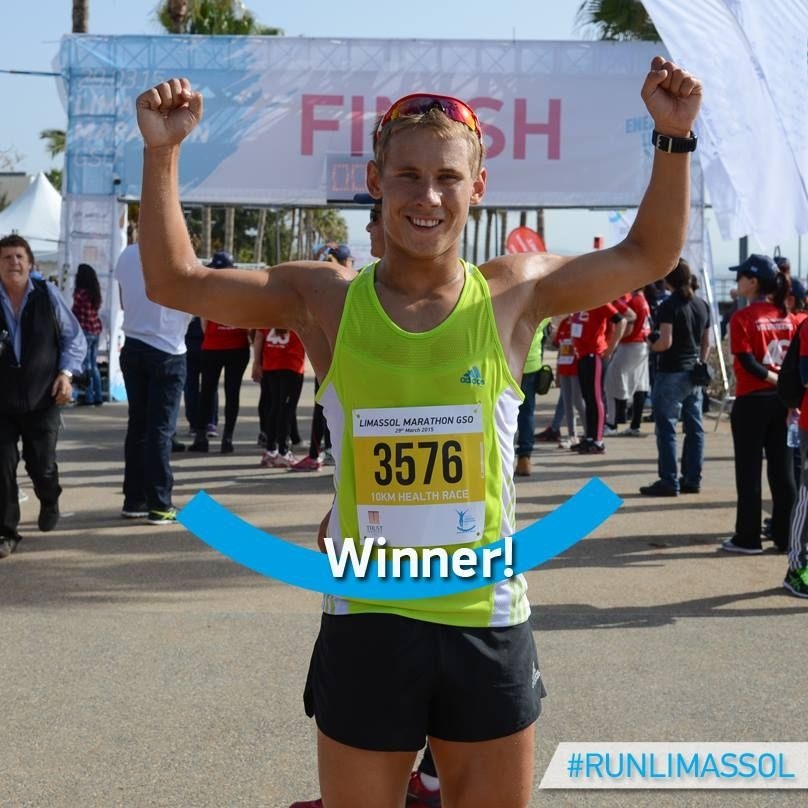