Larnaka Memoirs by Evros A. Evriviades

Larnaka... taste of the glamour of the past

Personal Interview of Evros A. Evriviades by Artemis Mallas for My Guide Cyprus
Evros is a Larnaka native and a strong admirer of old and new Larnaka. Once owner of the famous 'Four Lanterns Hotel' he discloses what he loves most, his favourite spots and most importantly shares the photographic valuable archieve of the glamour and style of old Larnaka, exclusive for My Guide Cyprus.

1) Favourite sunset location in Larnaka? Larnaka salt lake
2) Favourite place to enjoy the sound of the sea? The little pier next to Larnaka Medieval castle 3) If you could paint one location in Larnaka, what would you choose and why? Fishing boats and their reflections at Larnakas shelter, because of the colours and contrasts
4) What is the best place to enjoy an evening walk in Larnaca? The Grand Pier in Larnaca marina
5) Which is your favouite beach in Larnaca and why? The blue flag Finikoudes beach in the center of the town is the one I prefer. Everything is very close to the beach so you can combine shopping, visiting museums etc with swimming or other activities
6) Which is your favourite building in Larnaca? The colonial architectural heritage in Larnaca is not to be missed. Buildings like the old hospital, the police headquarters the district office and many more are worth visiting as well as religious monuments.
With my best regards Evros Evriviades 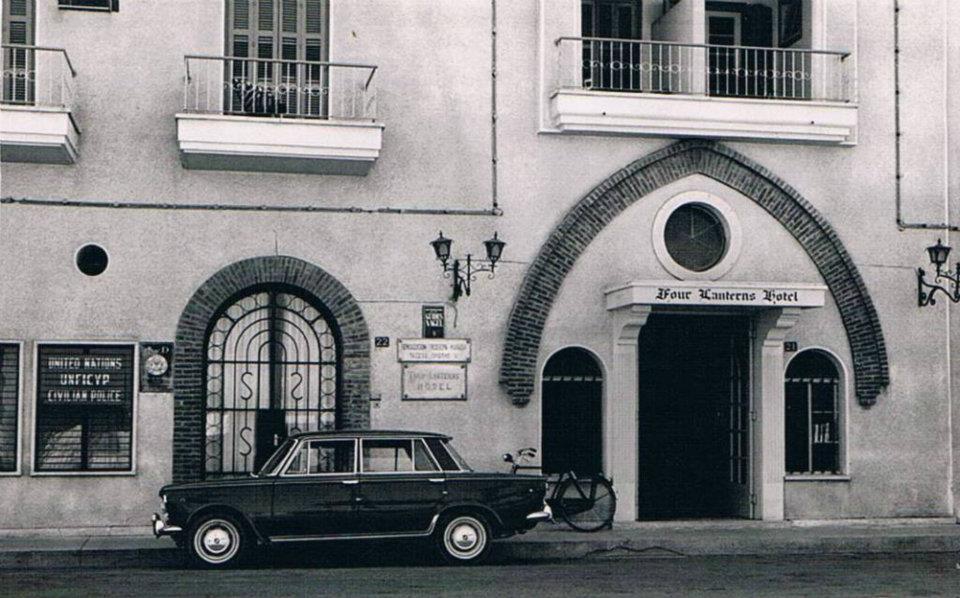 Today Larnaka is an enjoyable town that blends the mysticism of the past with the airiness of modern city life and elements of the east with the west.  Blessed with rich historical heritage, culture and natural beauty Larnaka is a real source of inspiration.

Larnaka is one of the most ancient continually inhabited towns of Cyprus. It has been an important sea-port on the ancient routes of trade since the dawn of History, shipping timber to the Pharaohs, copper to the Bronze Age foundries, first-rate salt and later silk, cotton and dyes. For the Venetian fleet, Larnaka was the most important Cypriot harbor. Throughout the Ottoman rule, Larnaka remained the most important port of the island. All foreign consuls including the Austrian, French and Spanish were based in Larnaka and had their residence and mostly were engaged in trade.

The town was modernized and streets were paved during the British colonial rule. Colonial buildings were built and the pier of the marina was constructed. Larnaka maintained its significance with a port that served the import trade and the administration of the whole island, the consulates and their European society.

My Guide Cyprus with the valuable contribution of Evros A. Evriviades takes you back in time and presend the glamour and style of Larnaka of the past. 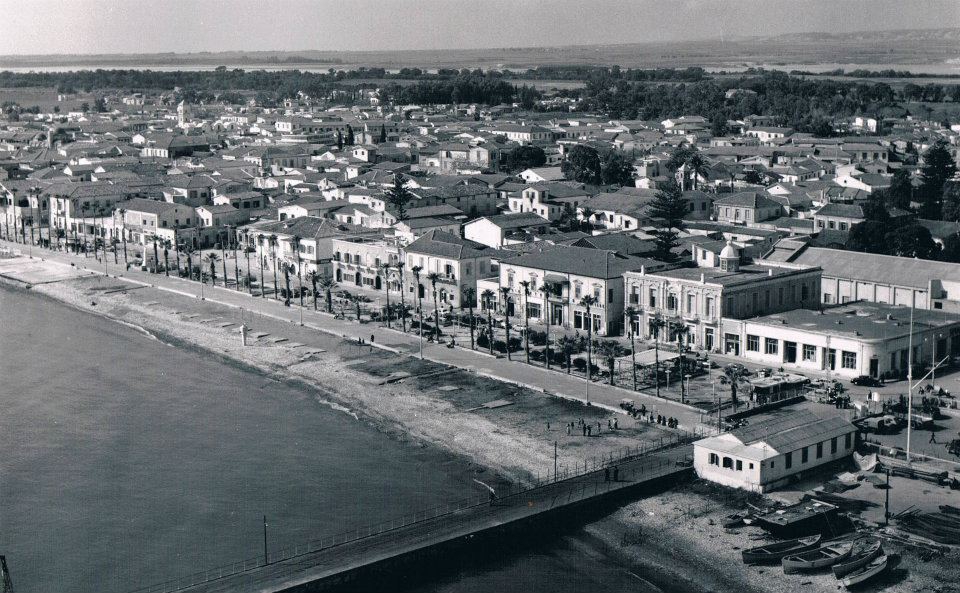 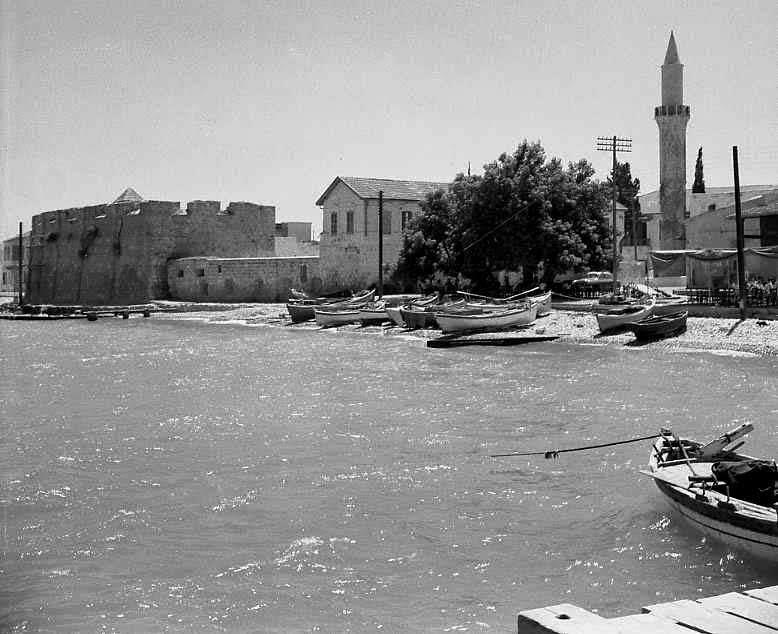 Athenon Avenue in the 1950s 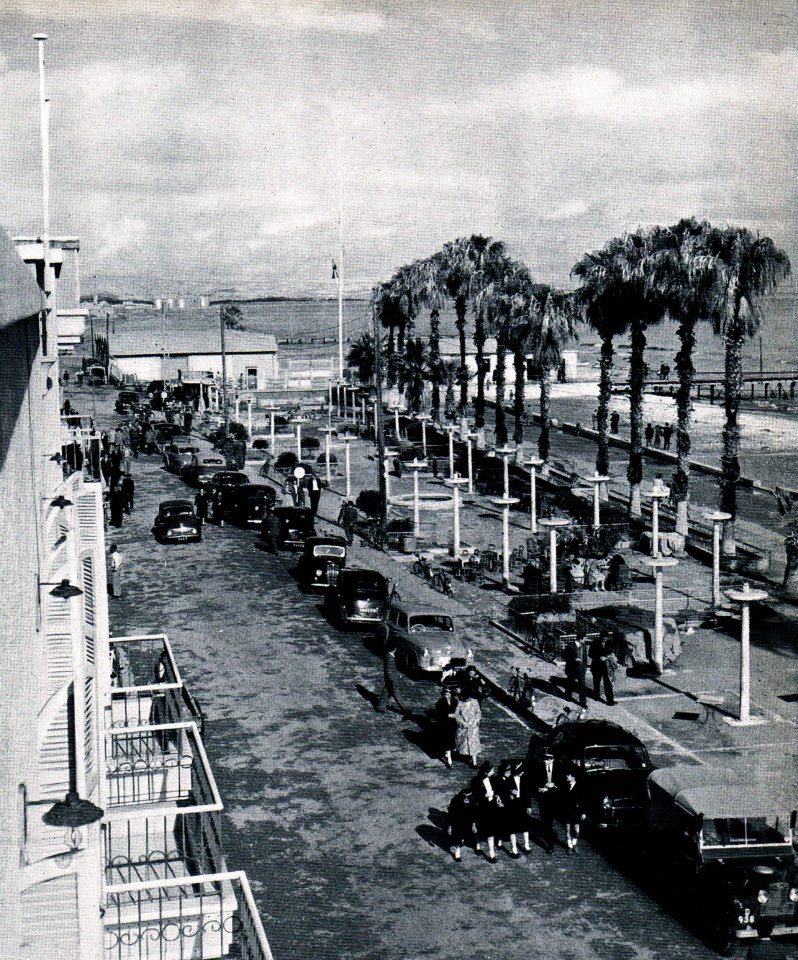 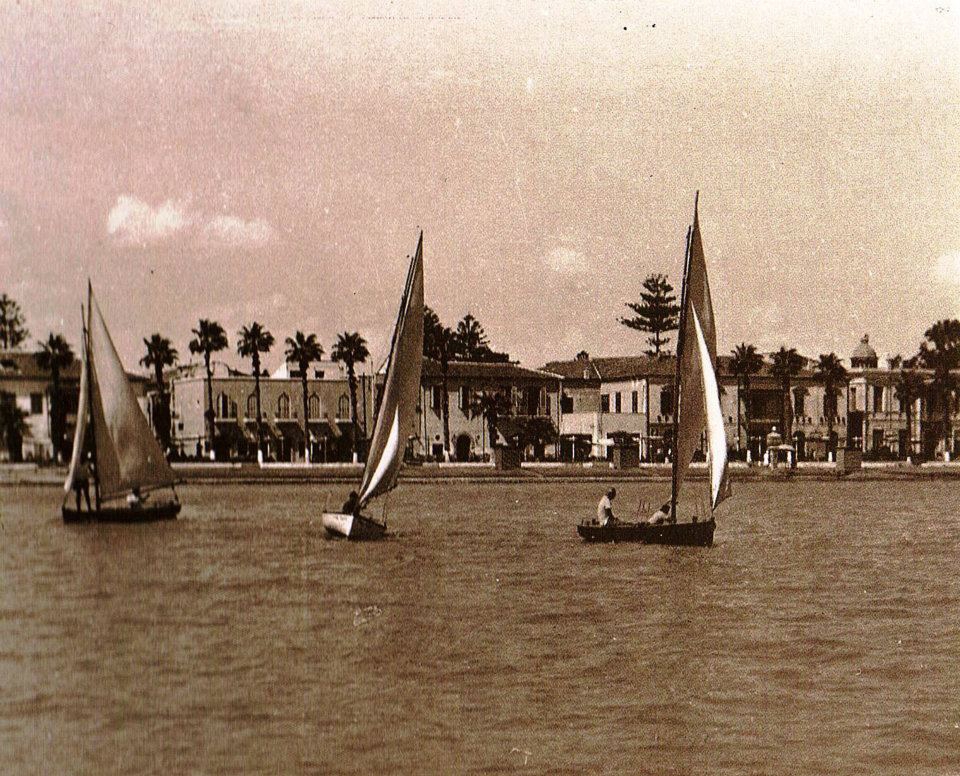 View from the sea 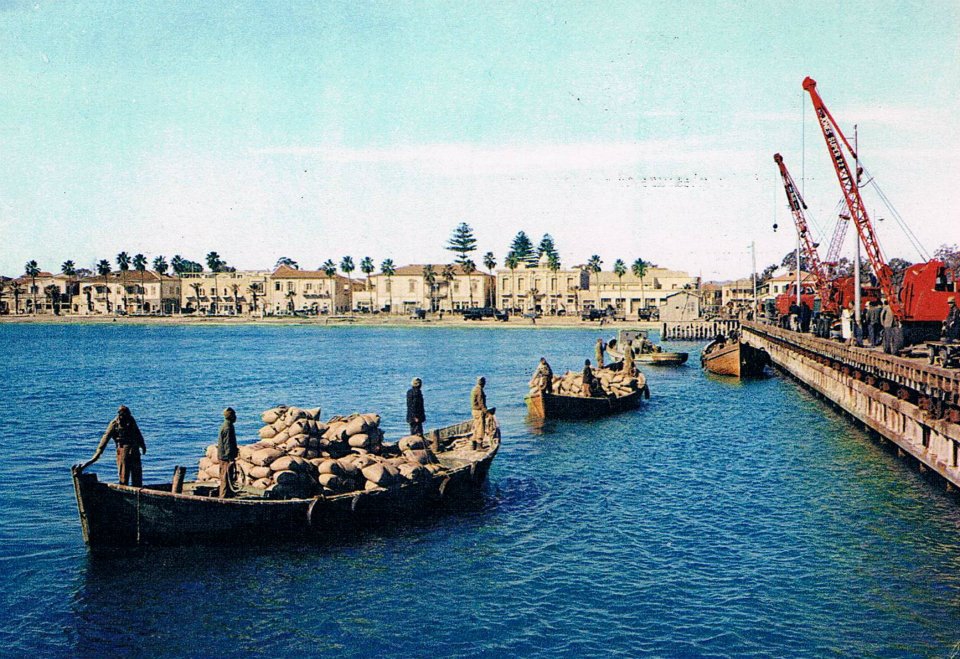 Work at the Larnaka harbour 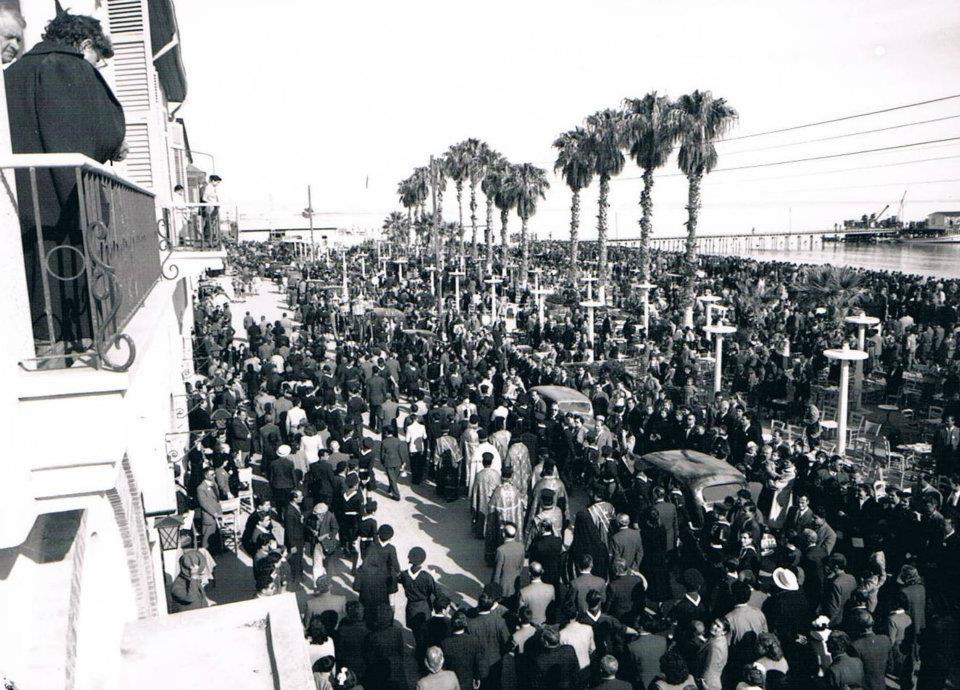 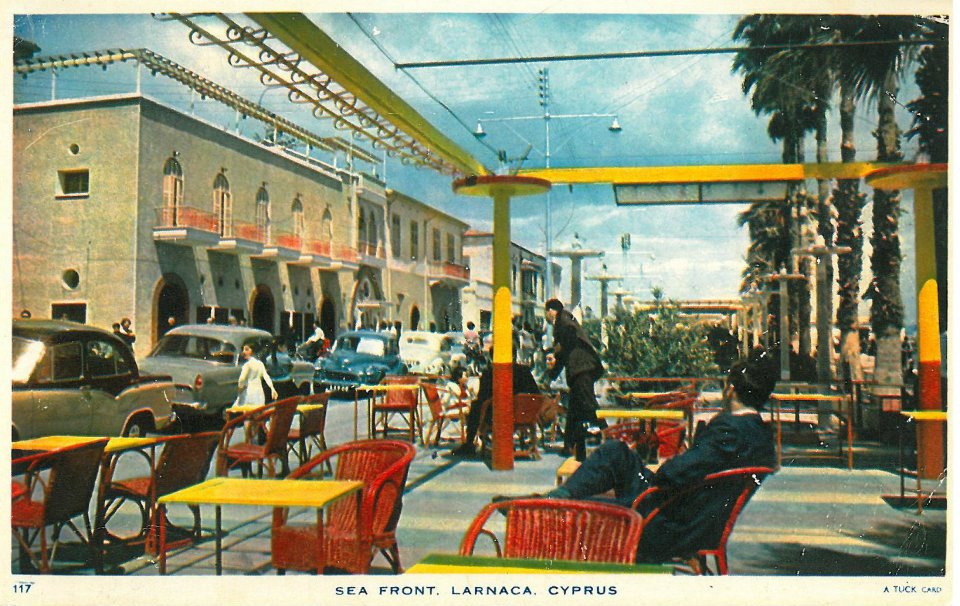 My Guide Cyprus would like to thank Mr Evros A. Evriviades for the valuable support and kind co-operation.
Written by: Margarita Lyra
PUBLISHED: Apr 22nd 2022