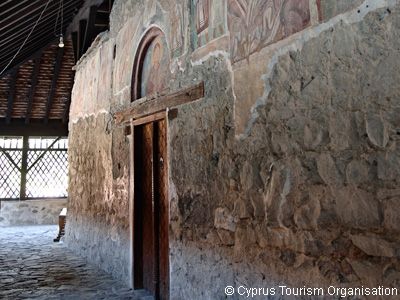 Visitors can ask for the key and be escorted by the priest who can be reached at the premises next to the church.

The 12th century church of Panagia tou Araka, a UNESCO World Heritage site, situated just outside the village of Lagoudera has some of the finest frescoes. Lagoudera is a smalll village in the heart of Pitsilia some 15kms north of Agros, with exceptional views of ravines and mountain peaks.

The church is a single-aisled domed structure with a cross-shaped roof. Sometime, probably in the 14th century, it was covered with a protective timber roof with flat tiles.

The serene portrait of Christ Pantokrator, dating from 1192, that adorns the dome of this church is superbly preserved. It is surrounded by brightly coloured fresco portraits of the twelve Old Testament prophets and in the apse the twelve Church Fathers. Even visitors who know little of this Byzantine style will surely appreciate their magnificence.

There are numerous other icons and wood carvings to be seen. 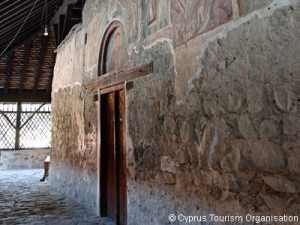 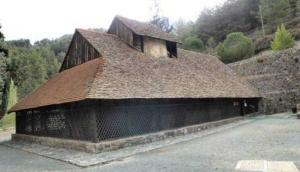 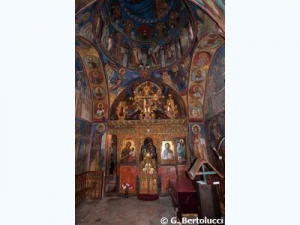 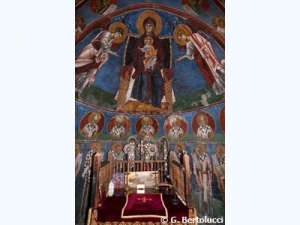