Views are spectacular and the sunsets must not be missed.

'Petra tou Romiou' is one of the most beautiful coastlines in Cyprus and it is associated with Aphrodite, the Greek goddess of love and beauty , interesting geological formation of huge rocks off the southwest coast in the Pafos (Paphos) district forms one of the most impressive natural sites of Cyprus.

According to legend, here is the place where Aphrodite rose from the waves. The Greek name, Petra tou Romiou, 'the Rock of the Greek', is associated with the legendary Byzantine hero, Digenis Akritas, who kept the marauding Saracens at bay with his amazing strength. It is said that he heaved a huge rock into the sea, destroying the enemy's ships.

It is said that in certain weather conditions, the waves rise, break and form a column of water that dissolves into a pillar of foam. With imagination, this looks for just a moment like an ephemeral, evanescent human shape. The site is on the Aphrodite Cultural Route. 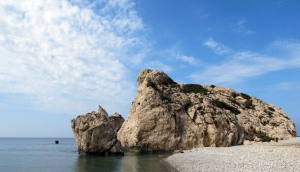 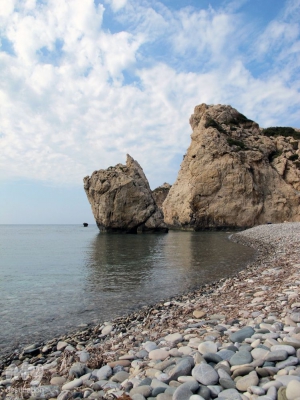 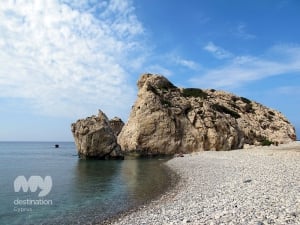 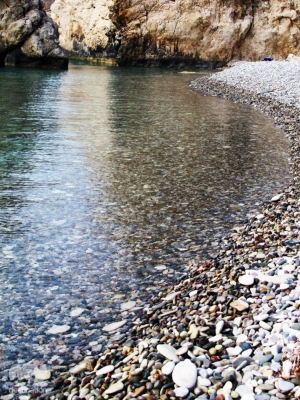 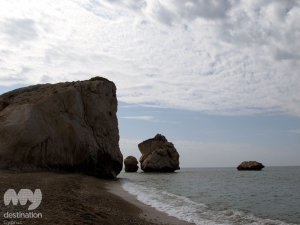 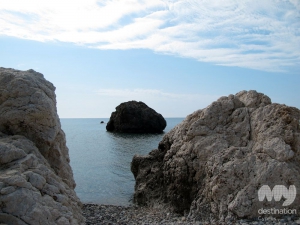