Agios Nikolaos tis Stegis is the only surviving katholicon (monastery church) of a 11th century Byzantine monastery in Cyprus.

One of the oldest of the island's churches to be dedicated to St Nikolas, this former monastery chapel feautures some beautiful frescoes from the 11th to the 15th centuries. The church stands about 5km from Kakopetria and buried in the forest by the river Klarios. Situated in a beautiful pne gorge with scenic surroundings.

This monastery flourished from the Middle Byzantine period up to the period of Frankish rule. It declined during the 18th century and ceased to function as a monastery by the end of the 19th century. Ever since, it seems to have functioned as a simple country church and a pilgrimage site.

It's interior is completely covered with murals dating from the 11th to the 15th century, and it is considered ne of the most interesting Byzantine churches in the island. This steep-pitched roof, gave Agios Nikolaos the nickname 'of the Roof' ('tis Stegis') at least since the 13th century witch was build to protect it from the elements.

The church is a listed UNESCO World Heritage Site.

Closed on Monday and public holidays
Weekdays and Saturday 9:00-16:00

Near the village of Kakopetria, Troodos Mountains 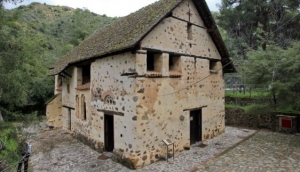 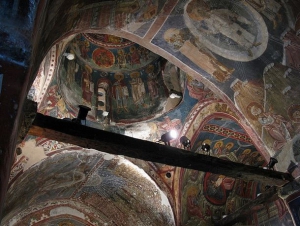 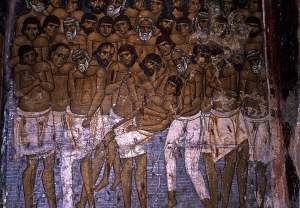 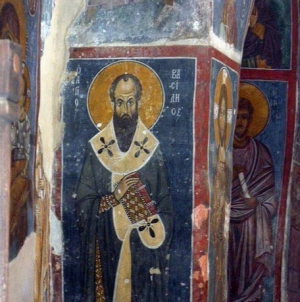 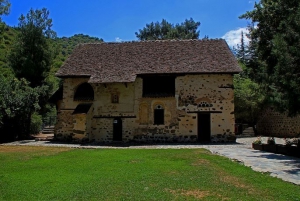