You can also expect to find both tourists and locals alike purchasing items made or grown at the convent, such as marmalades and nectarines.

The monastery is built in a mountainous area of ​​Larnaca, at Vavla village, near the banks of the Maroni river. The date of its foundation it is not known. The first written source of its existence dates from 1562.

This convent consists of a church, cloisters and other monastic buildings. Besides performing their religious rites, the nuns also paint icons. The convent probably began as a Dominican establishment.

The church is the common mix of Byzantine and Gothic styles, with a pointed vault with traverse ribs and side porticos. On the north and south walls are two large paintings of Agios Georgios and Agios Minas dated 1757. Eighteenth century monastic buildings surround the church, with cloisters to the west.

On November 1737, the monk Basil Barsky, visited the monastery and described the feast of Saint Minas, where was celebrated every yearl and many people gathered from the surrounding towns and villages and with the help of the miraculous icon of the saint, patients treated from many diseases.

For group visits call in advance 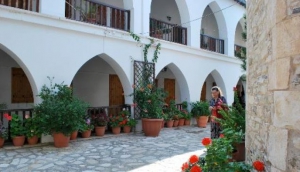 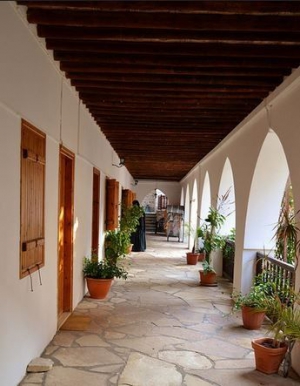 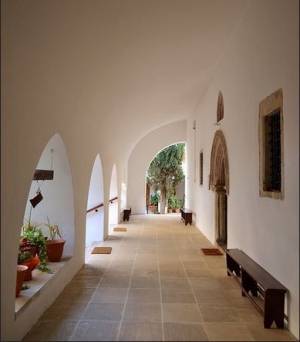 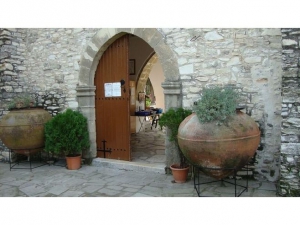 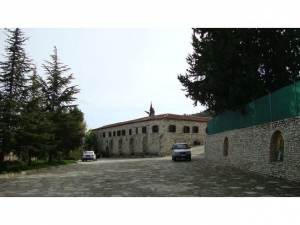