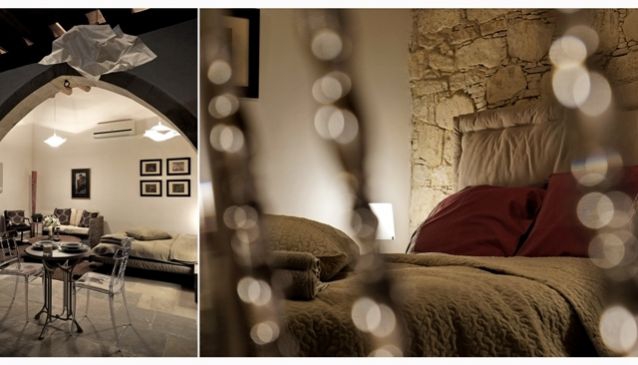 Ipio Vouni Suites is situated in the 'museum' of the Wine Villages region of the Limassol District, on an attitude of 800m above sea level , Vouni!
Vouni is located on the foothills of the Troodos Mountains ( 24km) and has been a vine village since the ancient years. Vouni is a picturesque village with cobbley alleys, traditional houses with wooden doors.

Ipio is a Greek word for Gentle which is what you will feel as soon as you arrive.
Three stone houses built more than 200 years ago were renovated recently and became one building with 7 deluxe studios, including 2 suites. Each studio with a different, yet luxurious décor, all stone built.

Ipio is 20km from Avdimou Beach, 75km from Larnaka International Airport, 35km from  Paphos Airport and 38km from Limassol Town.

Tavernas, mini market, coffee shops can be found in the center of the village only within 50m from Ipio. Tavernas are open on a daily basis from early morning till night.
You can taste also Cypriot wine on local wineries all over the area, and also visit Vouni Wine Museum.