The Dream Embroideries of Cyprus

Visit one of the most famous villages of Cyprus, Lefkara, where, according to an old tradition, the great Leonardo Da Vinci â who was at that time a guest of Queen Ekaterini Cornaroâ bought a lace in 1481, in order to decorate the altar of the Cathedral in Milan! Approximately five hundred years later, in 1986, the municipality of Lefkara, proud to be a global expert in matters of handmade embroidery art, donated to the Duomo church in Milan a richly embroidered tablecloth, aiming to seal this old tradition, which has remained vivid in peopleâs memories for so many years. This rich history has made Lefkara one of the more fascinating Cyprus attractions.

The village, on the southeastern foothills of Troodos Mountains, is located in Larnaca district (distanced approximately 40 kilometers away from the town of Larnaca), and is divided into two parts, the municipality of Pano Lefkara and the community of Kato Lefkara (this division derives from the age of Ottoman Empire in Cyprus). There are three versions related to the naming of the village; Firtsly, the name is related to the white rocks of the surrounding mountains (Lefka ori = White Mountains),secondly, it refers to small poplar trees lefkes growing there and lastly it is derived from Lefkalos, an important settler of the area. 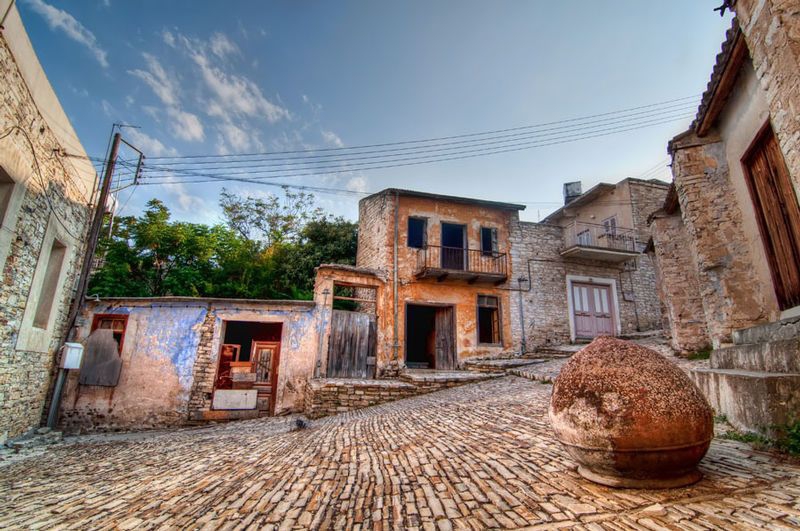 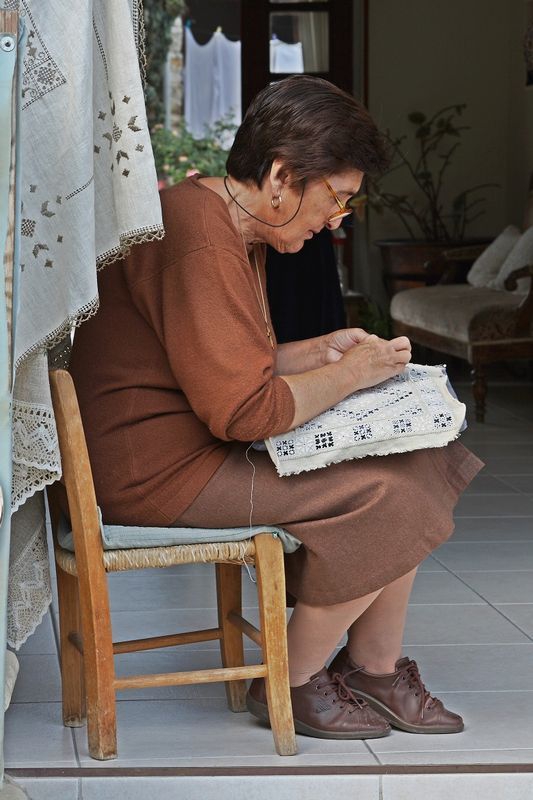 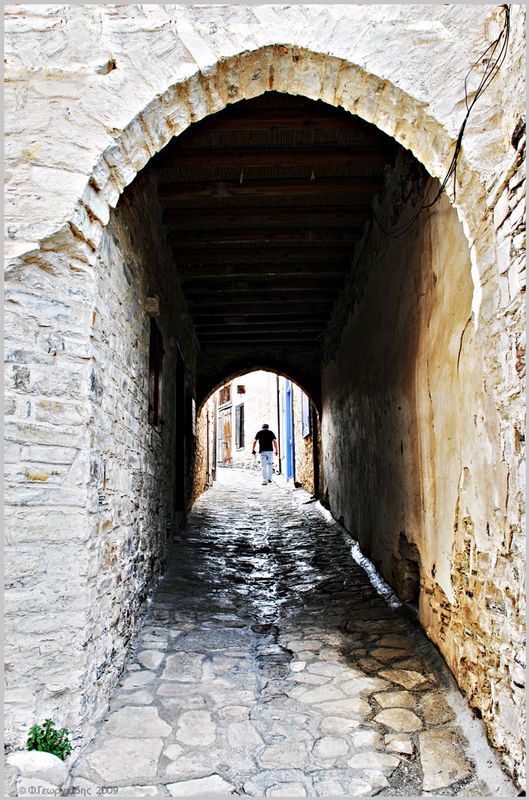 The history of Lefkara is quite long, and therefore cannot be entirely depicted in a short travel article like this one! However, it is worth mentioning that one of the earliest written proofs of the villageâs old history dates to 1134, claiming that Lefkara is the birthplace of the Cypriot Saint Neophytos. As far as we know, the most significant development of the village takes place hundreds of years later, during the late 19th and early 20th century and is still quite evident! Nowadays the village of Lefkara is considered to be one of the major tourist attractions in Cyprus, mostly due to its well-known local products (to which we shall refer below) and its unique architectural character.
Lefkara has so many things to âbragâ about: the entire village is actually a vibrant folk architectural museum! Every petit picturesque alley, every old mansion and every flowery courtyard unfold with a unique sense of the villageâs history. The church of Holy Cross (Timios Stavros), built in the 14th century is extremely beautiful and has a must-see wooden gilded iconostasis. It is actually said that its big Silver Cross hides a piece of Jesusâ Holy Cross! 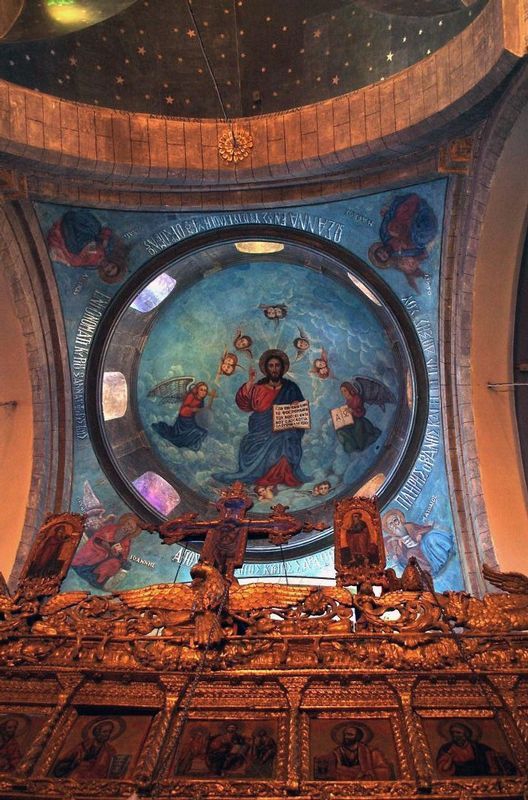 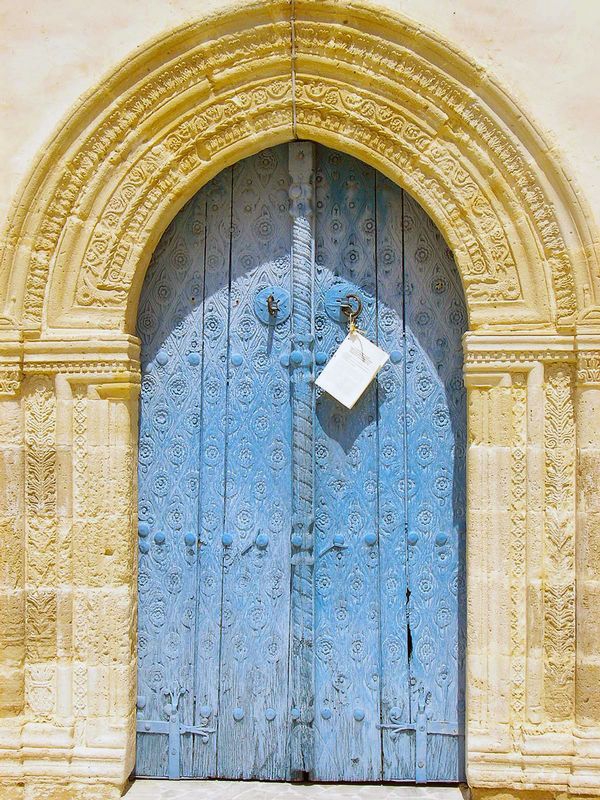 Another architectural diamond of the village worth mentioning is the Patsalos mansion built in the 19th century, which houses, since 1988, the Museum of Lefkara. There you can admire many folklore objects, see a rich collection of silverware but above all, esteem the gorgeous lefkaritika embroideries, which have been included in the Cultural Heritage of UNESCO.

It is rather impossible to portray the exact elegance and magnificence of these traditional crafts/ laces! According to some scholars, the tradition of the embroidery art was taught to the local women by Venetian nobles, who used to have their summer residential houses in Lefkara. Ever since, this complex art, influenced by nature patterns and geometric shapes (e.g. some names daisy, river, simple, double, athasi, miloudi etc) becomes, as time passes by, more and more detailed, and touches âwithout  any exaggerationâ the brightness of perfection! By the end of the 19th century the embroidered lefkaritika laces travelled across Europe, making the locals wealthy and famous. The selling of these uniquely mastered laces is one of the main fiscal revenues of the village and has made Lefkara worldwide famous!

The art of silverware in Lefkara also carries its own exceptional history! In the early 18th century, locals begin to experiment carefully with silver: they created beautiful detailed jewelry, daily utensils such as spoons, small forks, kapnistomerrecha but also church utensils, like oil lamps, crosses etc. Nowadays, in the beautiful narrow streets of the village, visitors can see how the silversmith workshops produce handcrafts and buy, if they want to, exceptional jewelry decorated with Cypriot symbols. 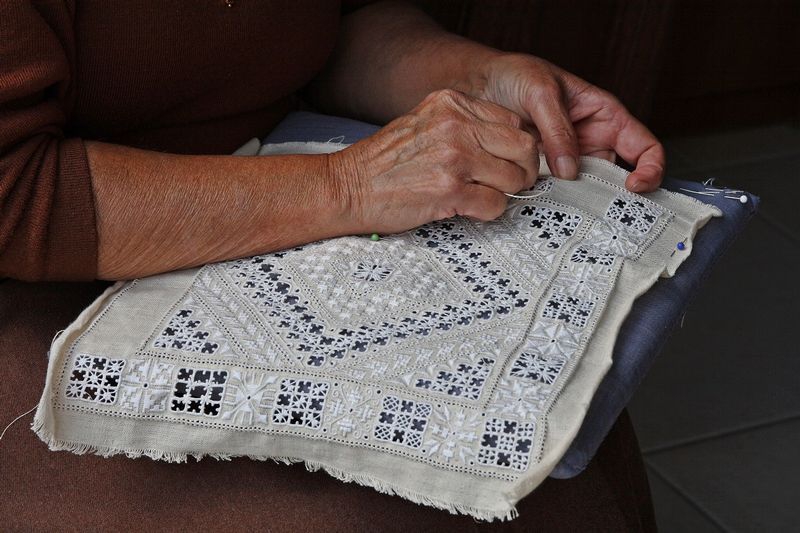 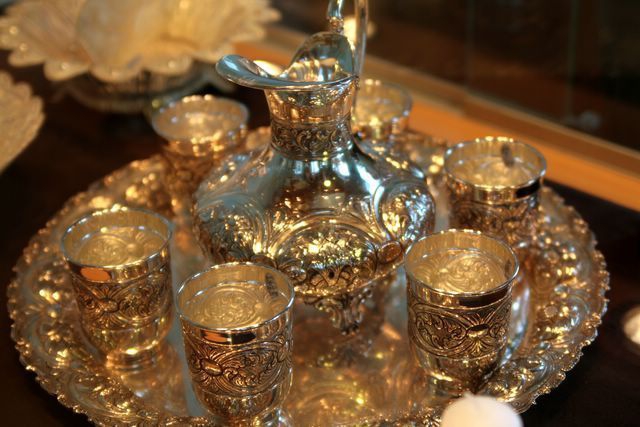 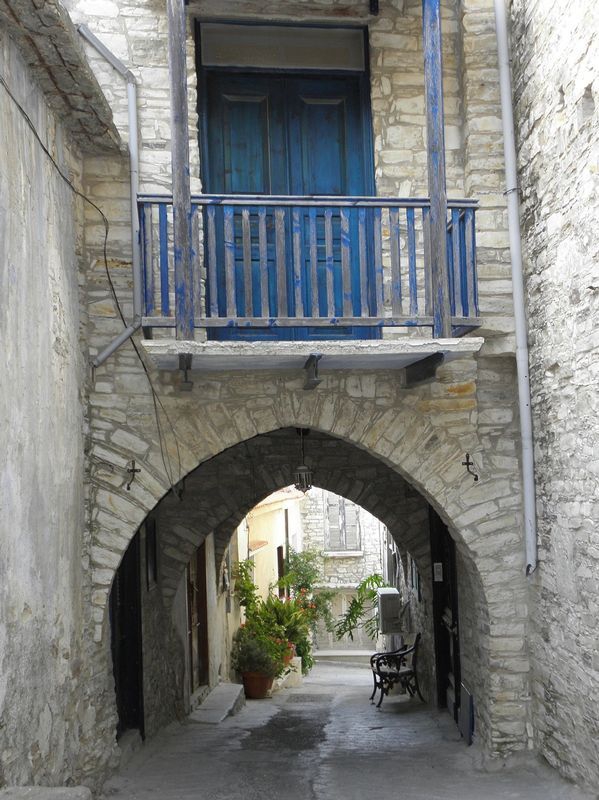 Do not miss the inimitable chance to visit this rather elegant Cypriot village and feel its pulsating tradition. The old women of the village, very famous for their pure hospitality, seated in their yards or out in the streets and lacing napkins or decorative-show pieces will gently offer you a flavored loukoumi, the villageâs traditional dessert.
Do not forget to try the traditional lefkaritiko ttava in the picturesque taverns of the village and also enjoy mezedes and sykopittes! Take part in the Annual festival of Lefkara, explore the equally beautiful nearby villages of Kato Drys and Vavatsinia or visit the numerous ancient churches in the area.
Make yourselves a gift: embroider your daily routine with the magic laces of Lefkara and enjoy an unforgettable Cyprus attraction!
Written by: My Guide Cyprus
PUBLISHED: Apr 22nd 2022