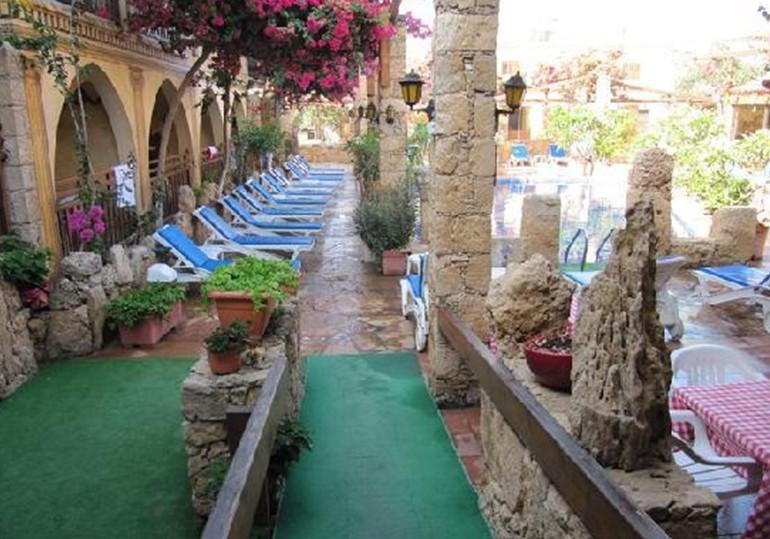 Built on grounds where three tombs with frescoes from the Hellenistic period were found and well preserved, the hotel is well placed for sightseeing being surrounded by numerous archaeological sites.

Situated just off a main road between Paphos Town and Kato Paphos, just 400metres from a Blue Flag 'Lighthouse Beach' and within a short walking distance to the Archaeological sites, the Paphos Fishing Harbour, local shops, restaurants, tavernas and Bars. Paphos International Airport is only 16km away.